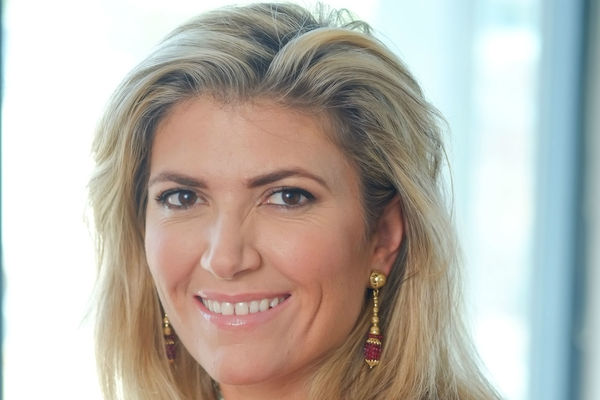 Disney is a company so synonymous with popular culture that it’s often hard to categorise. Having undertaken a monumental expansion process in the past decade, acquiring Marvel, Pixar and Star Wars, its output of iconic films is reaching new heights.

Alongside its successful film empire, is its retail arm. The sheer volume of merchandise, brand collaborations and branded items throughout the world makes Disney as big of a player in retail as it does in film.

In recent years, the behemoth has removed its focus on toys as its films and brands increase in maturity. With collaborations ranging from Cath Kidston to Vans to Jimmy Choo, Disney‘s adult market looks set to expand as quickly as its film empire.

The woman largely responsible for this is Disney‘s VP of fashion and lifestyle Francesca Romana Gianesin. A veteran in retail and in Disney, Gianesin took on the role of expanding the company‘s adult market.

“Italy was the biggest country in Europe for the adult section. There was a year where we were third largest in the whole world after the US and Japan,” Gianesin told the Retail Gazette.

“The company was interested in moving this knowledge from Italy across Europe. This is why I now lead the teen and adult retail segment, and also lead fashion.”

“Not only has our presence expanded but the way we work with retailers has become more and more sophisticated.”

With a Disney career spanning more the 16 years, Gianesin has seen the retail arm of the company develop immensely.

“Our retail space and our presence of retail has hugely increased thanks to Starwars, Marvel and Pixar,” she said.

“With the launch of Rogue One and Finding Dory, there is more and more retail activation we are providing retailers with, both in terms of entertainment and in terms of products.

“We are working more and more integrated with retailers with a business model we call direct to retail, where the retailer directly licences us. They take the licence and they work together with us for their product development.

“Not only has our presence expanded but the way we work with retailers has become more and more sophisticated.”

Disney launched its first-ever adult collection store with online retail company Yoox Net-a-Porter in December, aiming to expand on what was started over the coming months.

“The consumer is absolutely at the heart of everything we do here. To start with it was all about kids, but this is the very first time we have done something so comprehensive on adults,” Gianesin said.

“It is the first-ever adult lifestyle store we have ever created in the world. This came about from our consumer research. I was keen to hear what the European consumers want from us.

“But almost everyone said they want to have the products they love with the click of a button wherever they are, because we were talking fashion they all said Yoox Net-a-Porter.”

As opposed to simply lending their license to interested parties, Disney plays an incredibly active role in acquiring and maintaining brand collaborations and product ranges.

“It doesn‘t have to be commercial, just authentic.    In some cases, it is a piece of art.”

“For each channel we select the best partners that can create the best products for their consumers,”  Gianesin said.

“Sometimes they will come with a creative idea. We have a team of specialist designers who understand the versatility of our band and work together with the designers of the brand who can bring their DNA to the table.

“It doesn‘t have to be commercial, just authentic. This is why the Cath Kidston range was so successful. In some cases, it is a piece of art,” she continued.

“I have been exposed to the creative genius of all the brands we have worked with. When Jimmy Choo created its Cinderella shoes they were not intended to go on sale, but after displaying them in Harrods the demand was so high they went into production. After three years, you can still buy them.

“The majority of the branding colaborations we have are actually with the classic properties, like Mickey and Minnie, Winnie the Pooh  etc.

“The classic profiles are the largest chunk of the business that we do now.”

The already overwhelming success of the adult ranges, demonstrated with instore fights over a Cath Kidston Disney mug and monumental sales figures for the Vans Toy Story range, means this is something Disney plans on expanding.

“There is still so much we can do in the adult space. For sure we will push further here, the adult consumer section is the fastest growing,”  Gianesin said.

“What you see now on Yoox in terms of products I have to say is very limited. I wanted to launch before Christmas to give people the opportunity to buy presents, more and more will come in the next few months.

“This is just the beginning, this is small versus what it will be in a few months. This is a small glimpse of what the adult lifestyle store on Yoox will be.” 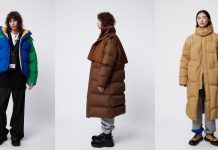 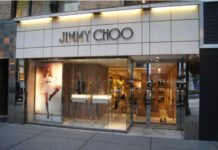