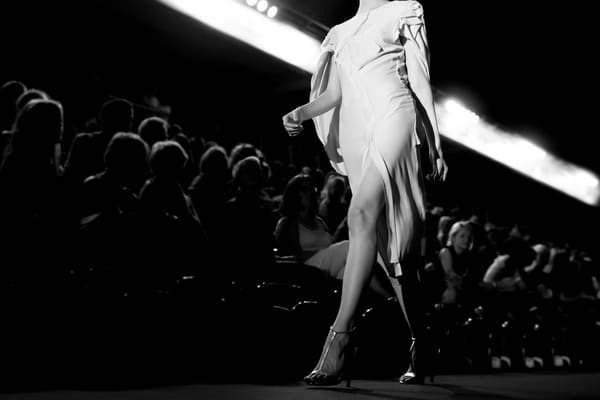 London Fashion Week is in full swing as the world’s movers and shakers in the fashion industry descend on the capital for a week of catwalks and cocktails.

Underneath the celebrity veneer lies another story. The UK‘s fashion industry is facing a difficult time. Heritage brands M&S and Next have reported seemingly terminal declines in sales, with the latter warning of a tough time ahead for fashion retailers.

In fact, the industry has seen the biggest decline in sales since the financial crash.

As arguably the biggest calendar event for UK fashion, London Fashion Week (LFW) marks an unprecedented opportunity for retailers to lay out the groundwork for fashion’s revival.

Many see the prominence of online retail as a key contributor the sales decline in fashion, and this year brands have answered in full force.

“Fashion week over the years has evolved from being an invite only event, where the general public were only able to get a sneak peek via key fashion publications, to an access all areas showcase due to the evolution of technology,” explained Matt Phelan, chief executive of marketing firm 4Ps.

READ MORE:  Why is the fashion sector struggling?

Social media has transformed LFW, but now retailers are utilitsing this to fight back.

When used properly social media can have a profound effect on sales, and the focus has shifted almost entirely on ensuring coverage and conversions are maximised through this platform.

Rob Kabrovski of social media specialist Adaptly said: “The concept of social media as an important driver of e-commerce is nothing new, but rather a natural next step in the evolution of the digital shopping journey.

“For example, more than half of consumers who follow brands on social media do so to look for products and nearly a third of online shoppers admit that they are using these channels to browse for new things to buy.

“Most of the major social platforms injected an element of e-commerce or mobile into their advertising products a long time ago, with Pinterest launching their ‘Buyable Pins‘ offer and Instagram introducing ‘Shop Now‘ buttons in 2015.”

However, social media‘s influence has a flipside.

It is undoubtedly a useful tool for boosting sales, but its influence runs far deeper, as Phelan highlights.

“Social is not only changing how brands market themselves, it‘s also shaping the current and future generation of models,” he said.

“In the past, the right look and body type would have been enough to be potentially selected to walk – but now an increasingly larger number of brands want models who not only look the part, but that also have an impressive social media following.

“This has led to a rise in social stars becoming catwalk stars – such as Caroline Daur.

READ MORE:  Will London Fashion Week ever be the same again?

“Due to this shift, brands are now using not only their own following but also that of the models they employ, essentially allowing brands to amplify their reach to a wider audience, especially amongst the millennials – the fastest growing demographic with the fastest growing spending power.

“How many social interactions, shares and website clicks is now the measure success for brands showing at fashion week – not just how many pieces of coverage happen post show.”

It‘s clear that social media is an indispensable tool for the industry, and one that it must utilise if it is to weather the coming storm. LFW has become the yardstick to how the industry is coming to terms with a changing climate.

Rakuten Marketing regional senior director Megan Dado said: “Once elite and aloof, digital has allowed LFW to become a much bigger affair than the shows themselves, and new technology is allowing brands to engage many more people than just those on the front row.”

“With a new story on the ‘death of the UK high street‘ appearing every day, it is clear that the fashion industry in the UK is ripe for disruption.

“The speed of runway to retail plus the consumer appeal of working with social media influencers both off and on catwalks is a winning formula for brands.

“New tech like shoppable videos and social chatbots with ‘buy buttons‘ on Instagram and Facebook are making the journey from runway to retail instantaneous in what can only be a win for the high street.”