Europe‘s biggest pure-play  online fashion retailer Zalando has reported a boost in sales of nearly a quarter in the first quarter of 2017.

European sales outside of Germany rose a massive 93.8 per cent, and growth remained positive in Germany rising 69.2 per cent. Sales outside the EU also shot up 21.1 per cent.

Zalando has announced it is confidently on track to hit its full year guidance of 20 – 25 per cent growth, with a margin range of 5 -6 per cent.

READ MORE:  London could soon be home to a Zalando flagship store

This major growth was attributed to a successful marketing campaign featuring James Franco which reportedly helped grow its male audience.

Site visits in the period were up 28.8 per cent to 617 million, with customer numbers jumping 11 per cent to 20 million.

“Our key priority is profitable growth, and that is what we delivered on in the first quarter,” co-chief executive Rubin Ritter said.

“We are determined to win further market share and reach more customers across Europe.

“That is why we will continue investing in the consumer experience, our technology and logistics infrastructure, as well as our brand partner proposition.” 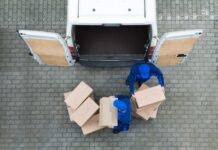 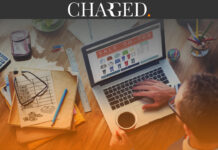