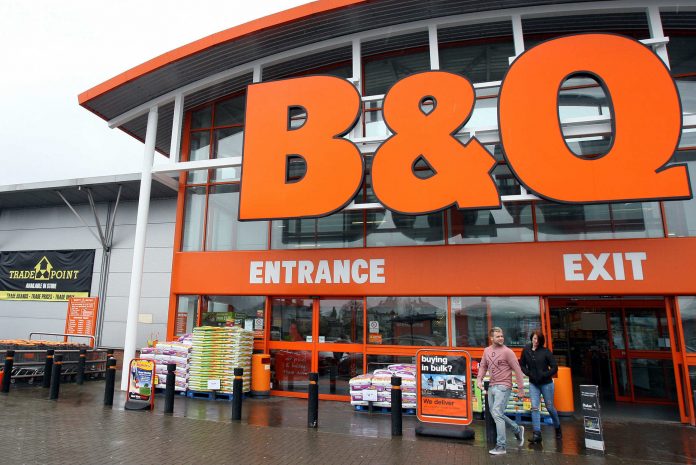 Home and DIY retailer B&Q revealed falling sales for its second quarter as a slowing housing market and wet weather took their toll.

Kingfisher, the parent company which owns B&Q and Screwfix, saw overall like-for-like sales decline 1.9 cent in the three months to July 31, while overall sales on a total basis rose four per cent to £3.1 billion.

Screwfix was once again the standout performer, seeing a total sales jump of 17.2 per cent to £365 million and a like-for-like boost of 10.8 per cent, although this was not enough to offset wider decline.

Poor weather, a dwindling housing market and tough comparables have been blamed for the retailer‘s poor performance.

“We have also continued to experience some disruption across the businesses, although on an improving trend.

“Availability of this year’s unified and unique product is now approaching normal levels.”

The news comes as B&Q pushes forward with a turnaround strategy that has so far seen 65 stores shut and 3000 jobs axed in the last two years.