Sales at the revived online-only business of BHS has jumped by more than a third in its second quarter.

Mallinder added that efforts to rebuild the brand was beginning to pay off, with first-time shoppers representing around two thirds of its customers.

In an interview with Press Association, he attributed much of the retailer’s success to his 20-strong staff – most of whom came from the collapsed department store chain – who were moving on and trading the business like a disruptive start-up.

“The star of the show in the last quarter has been womenswear and that has grown because we have better products and we have given it more focus,” Mallinder said.

“A question I frequently ask is: ‘What would a start-up company do?’ And if they wouldn’t do it, then nor should we.

“All the staff have needed is some freedom to ask themselves new questions.”

Alongside BHS.com, it also owns the overseas franchise business, which has profitable department stores throughout Europe and the Middle East.

Mallinder was hired to lead the online business six months ago, replacing  David Anderson who  was also previously BHS‘s retail operations director between 2012 and 2015.

Mallinder said that while sales had seen no immediate impact from a slowdown in consumer spending or rising inflation, the retailer was keeping an eye on costs to avoid selling more expensive products.

“Because we are privately owned by the Al Mana Group, they want to see the business succeed over the long term, which brings a different aspect to the decisions,” Maillinder told Press Association.

“We are building something that is not measured by quarterly statements.”

Although Mallinder said returning BHS to the high street was not a part of his immediate plans, he did not rule it out.

He added that BHS.com was avoiding the ongoing fallout surrounding the department store chain’s collapse.

“The past has happened and the regulators and the authorities will see that through to whatever the outcomes are,” he said.

“We cannot influence it, nor should we try to, because it’s past business.

“We have got a name that is nearly 90 years old, but we are a team of new people trying to create a new long-term business.”

This prompted a parliamentary inquiry and raised questions about corporate governance in the UK, as former owners Sir Philip Green and Dominic Chappell endured controversy from the fall out. 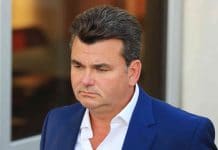