London’s Bond Street has been identified as the world’s third most expensive place for businesses to operate a store, with rents surging almost 40 per cent in the past year.

The thoroughfare has overtaken Paris’ Champs Elysees in ranking, which dropped down to fifth place, while New York’s Upper Fifth Avenue and Hong Kong’s Causeway Bay retain their first and second positions respectively. Milan’s Via Montenapoleone came in at fourth.

The global ranking, compiled by the property company Cushman & Wakefield, found that rents along Bond Street skyrocketed by 37.5 per cent to $1720 (£1303) in the year to June.

Its report said that demand was strong “despite the noise around Brexit”, as record numbers of tourists took advantage of the weakened pound to purchase luxury goods and fashion that Bond Street is known for.

“London’s major thoroughfares are some of the most desirable and expensive streets in the world,” said Cushman & Wakefield’s Darren Yates, the report’s author.

“Although there was a pause in activity in London in the initial aftermath of the EU referendum, the start of 2017 brought a resurgence in leasing deals.”

According to the business rates specialists CVS, Bond Street is one of the biggest victims of the shake-up in business rates, with luxury retailers required to pay an extra £160 million over the next five years. 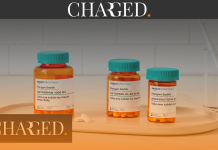