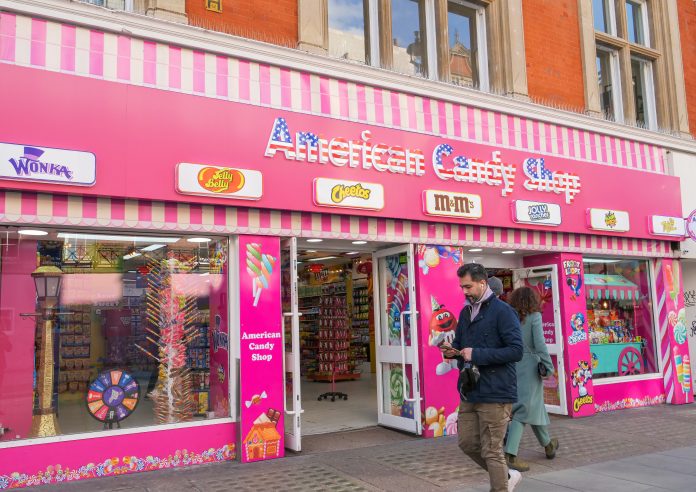 // American candy stores on London’s Oxford Street are facing a probe over claims they failed to pay £7.9m in business rates

// Westminster City Council seized counterfeit and illegal goods amounting to £474,000 over the past 6 months

Oxford Street’s American candy shops are being investigated after claims that they failed to pay £7.9 million in business rates.

Westminster City Council said that the 30 candy stores on the world famous shopping street are being probed for being “far from regular and legitimate businesses”.

The council said it had seized counterfeit and illegal goods amounting to £474,000 over the past six months.

READ MORE: In pictures: Oxford Street before and after the pandemic

Only a small number of the shops were “serving sufficient customers to be commercially viable,” the council said.

Instead, the properties are being used to avoid business rate bills and to “possibly commit other offences”.

The council has written to 28 freeholders urging them to consider the impact of such shops in the West End.

Some of the stores are reported to be charging customers up to £45 for packets of sweets.