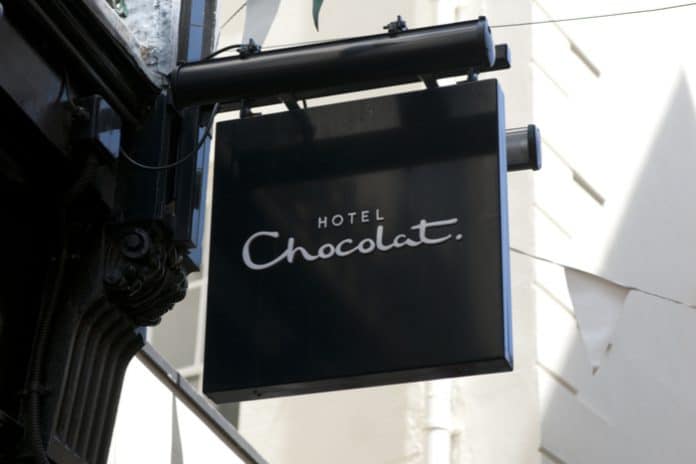 A successful Christmas trading period has allowed Hotel Chocolat to record a 15 per cent uplift in both revenue and profits during its first half.

In the six months to 31 December, the chocolate retailer’s revenue grew to £71.7 million while underlying EBITDA increased to £15.8 million and pre-tax profit came in at £12.9 million.

Online growth was attributed to Hotel Chocolat’s own website as well as through new third-party retail partnerships with Amazon and Ocado.

Hotel Chocolat also opened 10 new stores during the half-year period – including its first ever retail park location and a new flagship at Oxford’s Westgate shopping centre – which contributed five per cent to the company’s sales growth.

“This has been another period of strong progress for Hotel Chocolat with growth in both sales and profits,” co-founder and chief executive Angus Thirlwell said.

“The critical Christmas period was again successful, helped by further improvements in availability, our best ever seasonal range and the extension of our one-stop gift solutions range.

“We have exciting plans in place for the key spring seasons of Mother’s Day and Easter, and have recently launched a new cacao beauty range and a weekly subscription called Mbox.”

Since the start of the second half, which includes Valentine’s Day, Hotel Chocolat said trading has continued to be in line with expectations.