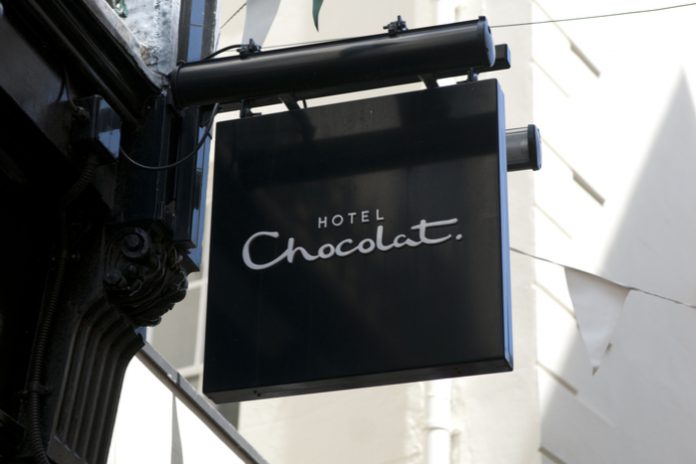 Chocolate retailer Hotel Chocolat has enjoyed a bumper Christmas period thanks to “constant innovation” amid a declining confectionary market.

In the 13 weeks to December 31, Hotel Chocolat posted a 15 per cent rise in sales, driven by 10 new store openings which are thought to have boosted sales by six per cent.

The festive period is vital for the retailer, when it receives around 40 per cent of its annual income.

Hotel Chocolat branches out to beauty

Despite the boost in sales, share prices dipped 3.5 per cent following the update.

Sales of 100 per cent cocoa advent calendars and luxury £500 gift hampers were attributed to the retailer’s growth.

“Constant innovation saw our largest ever seasonal range in Christmas 2017 and we maintained strong availability of products to capitalize on the last-minute rush, without any excess stock overhang,” chief executive Angus Thirlwell said.

“When household budgets are being spent more carefully what goes out the window first are the fripperies and novelty in favour of substance and authentic things, which is something we will never compromise on.”

“The retailer launched a cocoa-led beauty range, which leans on the credentials of its eco-hotel and plantation in Saint Lucia, the Rabot Estate.

“And it has released its first no-added-sugar milk chocolate Supermilk Pure, which will resonate with an increasingly health-conscious consumer.

“It is this level of continued innovation that sets Hotel Chocolat apart from its competitors, and led to its largest seasonal range this Christmas.

“Operationally, the business shows itself to be savvy, ensuring availability of product over the high-demand period without excess stock leftover.”