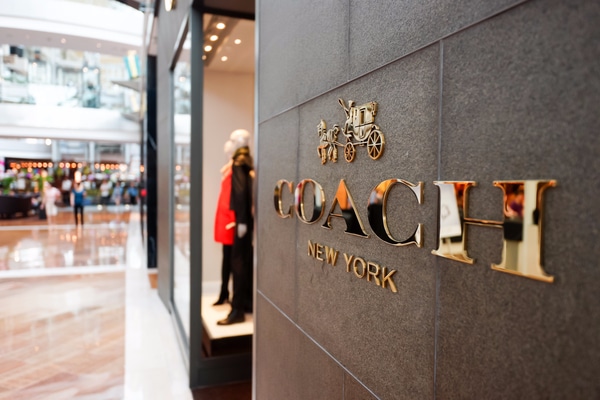 The parent company of luxury retailer Coach has posted a 35 per cent jump in quarterly net sales, boosted by rising sales across its brands and the recent acquisition of Kate Spade.

Tapestry, the US-based owner of Coach, Stuart Weitzman and now Kate Spade, raked in net sales of $1.79 billion (£1.28 billion) for its second quarter, compared to $1.32 billion  in the prior year.

Coach Inc to be rebranded as Tapestry Inc

Gross profit for the period also came in at $1.18 billion (£846 million) on a reported basis, but Tapestry did not provide a comparative figure for the same period the year before.

Meanwhile, gross margin was 66 per cent on a reported basis compared to 68.6 per cent in the prior year.

Tapestry attributed its growth to rising sales at Coach and Stuart Weitzman, which both went up two per cent to $1.23 billion (£881 million) and $121 million (£86.7 million) respectively.

Growth was also attributed to the acquisition of Kate Spade, which Tapestry bought for $2.4 billion in May last year.

Quarterly net sales at Kate Spade were $435 million (£311.8 million), but Tapestry did not reveal a comparative figure, and like-for-like store sales fell seven per cent.

“Our second quarter performance exceeded our expectations, driven by a return to growth for Coach, sales gains at Stuart Weitzman and the contribution of Kate Spade as we continued to make progress on the brand’s integration,” Tapestry chief executive Victor Luis said.

“In addition to the top line gains, we drove significant operating income growth on better than expected profitability metrics, notably gross margin, while expenses were well controlled and also benefited from timing shifts.”