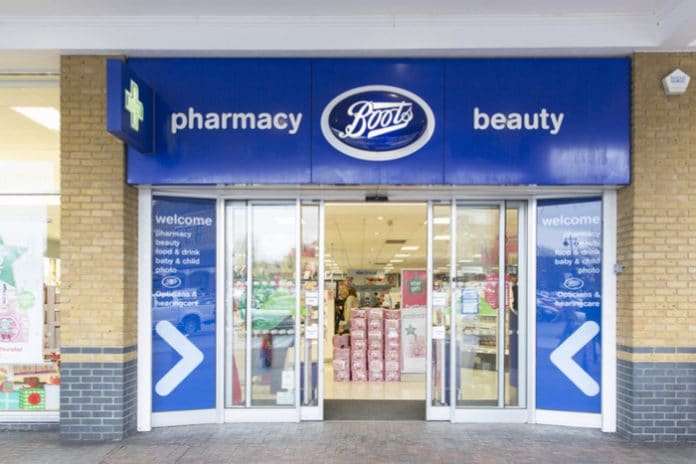 The US-based parent company of health and beauty retailer Boots has announced the appointment of James Kehoe as its new executive vice president and global chief financial officer.

The news comes less than two months after former Dixons Carphone chief executive Sebastian James was poached by Walgreens Boots Alliance to to head up its Boots division as senior vice president, president and managing director.

Kehoe’s appointment will be effective from June 1.

Fairweather will move on to become a senior advisor to Walgreens Boots Alliance chief executive Stefano Pessina for business development and finance.

Fairweather is credited as a key player in the formation of Walgreens Boots Alliance, the subsequent integration of the legacy companies, the company’s major cost-transformation program and the establishment of the combined global financial organisation.

Meanwhile, Kehoe has been chief financial officer of Takeda Pharmaceutical since June 2016 and was based in Tokyo.

He is also an accomplished finance executive from the consumer goods sector with a track record of driving operational business performance.

Before Takeda Pharmaceutical, he was at the Kraft Foods Group in the US, where he last held the role of executive vice president, chief financial officer.

Prior to that, he held a number of finance-related positions over 25 years with stints in Ireland, Germany, Italy, the US, Austria, Switzerland and Canada.

“We are pleased to welcome James Kehoe to lead the Walgreens Boots Alliance global finance operations as the company now moves into our exciting future as a global leader in health and wellbeing.

“On behalf of the board, I also wish to thank George Fairweather for his steady and skilled leadership as he played a central role in the successful merger and integration of Walgreens Boots Alliance, and in building our global financial group.

“We are pleased that George will continue to serve the company by providing his experience and expertise as a senior advisor to Stefano.”

Boots merged with US retailer Walgreens in 2014.