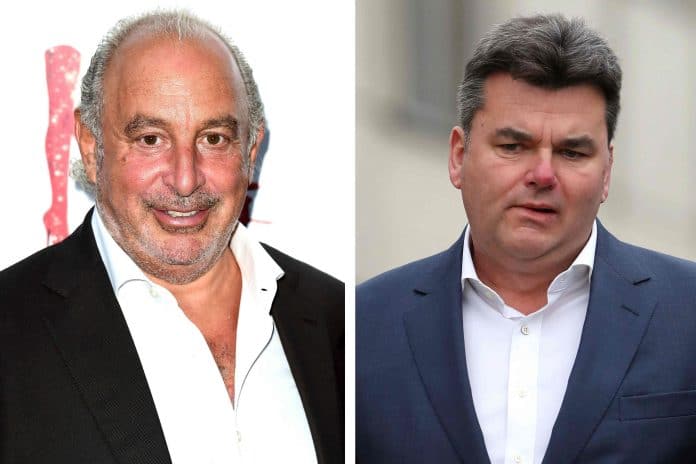 Dominic Chappell is planning to sue Sir Philip Green and fight a proposed boardroom ban as he attempts to repair his “tarnished reputation”.

The former bankrupt has criticised the Insolvency Service for plans to ban him from serving as a company director while taking no action against Green, saying the authority has “not got the guts” to go after him.

Chappell said the Insolvency Service’s findings were at odds with parliamentary inquiries by business and pension committees that blamed Green for the collapse of BHS.

BHS was part of Green’s Arcadia Group retail empire for 15 years until he sold it to Chappell for £1 in March 2015.

The retailer collapsed into administration in April 2016, which led to the revelation of a £571 million pension black hole and parliamentary inquiries.

Chappell said he has notified the Insolvency Service that he would fight their proceedings, which could see him disqualified from serving as a company director for 15 years.

The news comes as Chappell vowed to sue Green over the demise of BHS.

He is reportedly laying the groundwork for legal action before the summer.

The Insolvency Service announced on Tuesday that it had written to Chappell and three other former BHS directors informing them of their intent to bring proceedings following its investigation into BHS.

While the agency’s response draws a line under the regulatory probes against Green, Chappell said it was “far from over” for the retail tycoon.

Chappell slapped with a £10 million bill by the Pensions Regulator in February after it launched proceedings to claim back the cash owed to the failed retailer’s pension schemes.

He was convicted in January of failing to give information about BHS’s pension schemes to investigators after it collapsed into administration with the loss of thousands of jobs.

Last year, Green agreed to pay £363 million to plug the BHS pension deficit to end action against him by the Pensions Regulator.