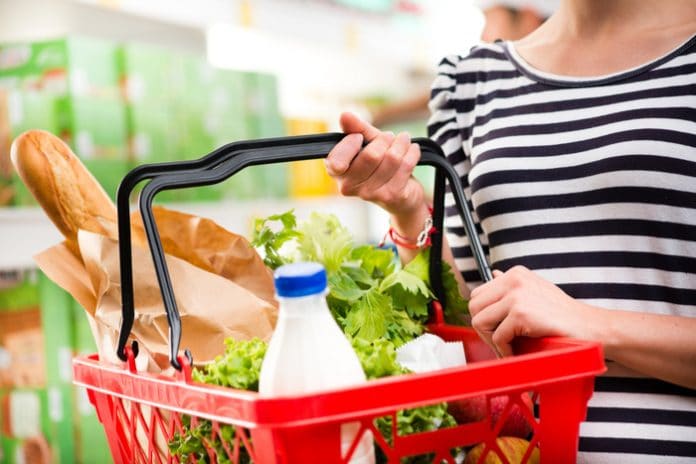 The price of an average basket of groceries has jumped five per cent since last year as food price inflation pulls ahead of other sectors.

According to new data from Mysupermarket’s monthly grocery sales tracker, the price of the most popular 35 items increased five per cent to £86.77 in March, way above the ONS’s 2.3 per cent general inflation figure for the month.

This was up from the average three per cent year-on-year increase and was driven up by items like mushrooms and kitchen towels, rising 42 per cent and 27 per cent respectively.

19 items saw their prices increase overall between February and March, nearly double the 10 items that fell. A further six items stayed the same price over the period.

“Although March’s basket only cost 1% more than February’s, it is over £4 more expensive than the same basket of goods this time last year,” MySupermarket chief executive Gilad Simhony said.

“We’re seeing retailers respond to rising costs of manufacturing by absorbing the increased cost to keep prices lower for shoppers in some instances. However, the recently introduced sugar tax may push prices up for categories such as squash drink, cola and fruit juice.”

The percentage price differences between March 2017 and March 2018, according to Mysupermarket, are:

Sausages and chipolatas, up 3%