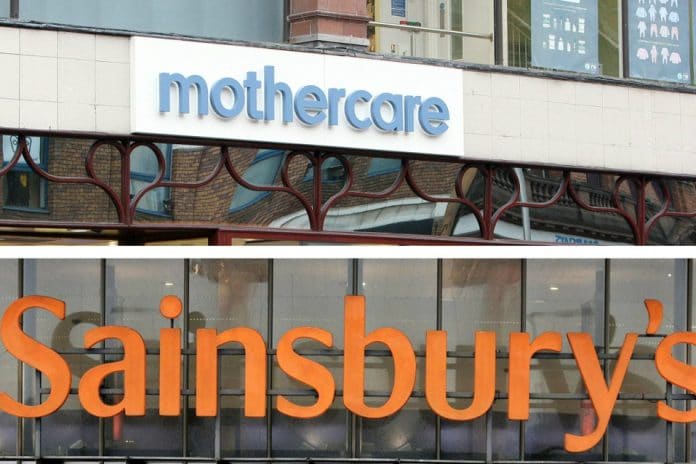 Sainsbury’s has allegedly eyed a possible a takeover of embattled maternity and babywear retailer Mothercare.

According to the Press Association, the UK’s second largest supermarket’s deals team has been keeping an eye on Mothercare for the last few months, with a view to make a potential acquisition.

However, a formal offer has not been tabled and the Retail Gazette understands that Sainsbury’s did not take the possible acquisition seriously.

The news has sent shares in Mothercare skyrocketing 17 per cent to 20.5p per share.

Mothercare CEO forced out as David Wood takes the reigns

Mothercare is currently valued at around £30 million.

This comes as Sainsbury’s seeks to expand its offering, coming close to acquiring Nisa last year and adding Argos and Habitat to its roster amid a £1.4 billion deal in 2016.

In addition, it has been working to improve its Tu clothing arm in recent months, which now contributes over £1 billion to its annual sales.

It also marks more good news for Mothercare, which announced yesterday it had hired turnaround expert and former Tesco executive David Woods to lead its recovery, opting to oust Mark Newton-Jones due to his lackluster turnaround efforts.

However, the maternity retailer still has a long way to go to avoid becoming another high street casualty.

It recently appointed KPMG to help secure waivers on its loan agreements alongside additional sources of funding, and reported losses of £600,000 in its interim results last year.