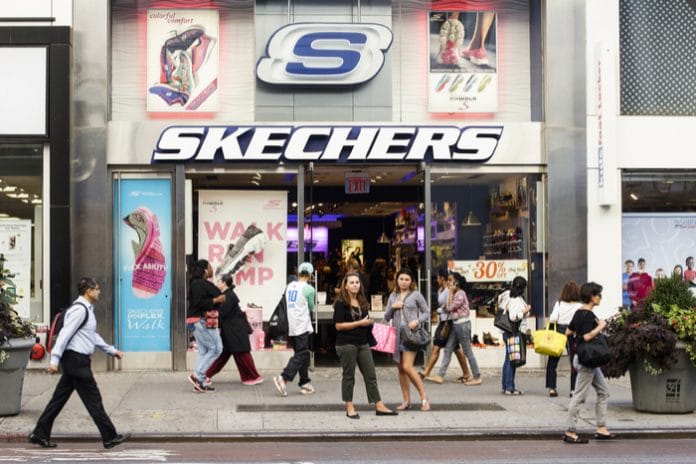 Skechers has seen its share prices plummet 24 per cent after the footwear retailer revealed lower than expected guidance for its current quarter.

Yesterday it announced that it expects earnings for the three-month period to come in at between $1.12 (£800 million) billion and $1,145 billion (£810 million), alongside average earnings per share of between 38 cents and 43 cents.

This is below average analyst expectations of $1.15 billion (£820 million) with earnings of 55 cents per share.

Despite its underwhelming guidance the retailer reported a sales rise of 16.5 per cent to $1.25 billion (£890 million) in the quarter to March 31, while net earnings jumped 25.5 per cent and comparable store sales jumped 9.5 per cent, representing 75 cents per share.

This follows a strong year for the footwear giant, seeing its share prices rise 54 per cent in 2017 and citing the resurgence of its UK operations as a driving factor.