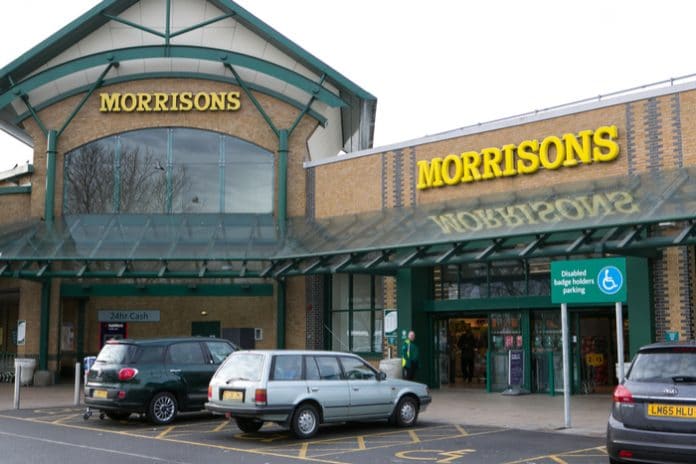 Morrisons chief executive David Potts is due to address shareholders next week for the first time since the £12 billion merger between rivals Sainsbury’s and Asda was announced.

The deal is due to have a significant effect on Morrisons, which will now see its position in the Big 4 severely hampered with a market share dwarfed by both Tesco’s and the newly combined powerhouse.

However, this is likely to provide Morrisons with opportunities to expand.

Analysts are confident the merger will not be allowed to go ahead without the pair offloading a portion of its estate, which Morrisons is in prime position to snap up.

Potts is due to face questions on Thursday next week amid the release of Morrisons’ first quarter sales figures, and his response is expected to be watched closely.

“At this stage, we consider the Sainsbury’s-Asda deal – if approved by the competition authorities in the second half of 2019 – as an opportunity for net capacity exits in some important Morrisons regions,” analysts at Jefferies said.

“The potential that this may lead to a number of store purchases – at bargain prices – is another important consideration.”

Shore Capital retail expert Clive Black added: “The group is financially strong, focused and we believe well placed to focus and deliver on its ‘fix, rebuild, grow’ strategy as grocery peers become embroiled and potentially distracted by what is likely to be an extended, multi-year CMA investigation/integration process.”

Morrisons is expected to report a 1.3 per cent sales rise, representing the slowest rate of growth for two years.

Despite this it will mark the retailer’s 10th consecutive quarter of growth under Potts, who has successfully driven a turnaround and reinstated financial stability.