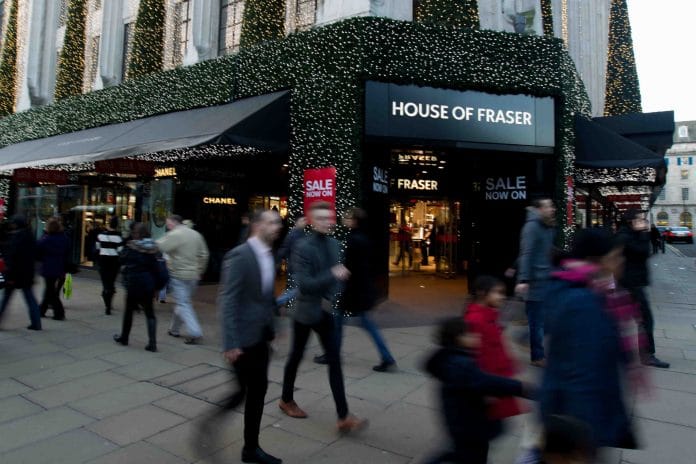 Former House of Fraser boss Frank Slevin has stepped down as chairman of toy giant Hamleys as the fallout from its demise continues to affect the wider retail industry.

According to documents listed on Companies House Slevin’s departure from Hamleys was finalised the same day House of Fraser was purchased by Sports Direct.

He had acted as chairman at the Chinese owned retailer since 2014 when House of Fraser was bought for £480 million by Nanjing Cenbest, run by Yuan Yafei.

Hamleys owner pulls out of “inadvisable” House of Fraser deal

Yuan’s brother-in-law is Chen Yixi, head of C.banner, the company which owns Hamleys and was due to purchase a 51 per cent stake in House of Fraser, before pulling out just weeks before it fell into administration.

Slevin, who left House of Fraser days after its collapse, is understood to have acted as the bridge between Yuan and the retailer’s management team.

According to The Times sources close to the situation said Yuan, who has been hit hard by House of Fraser’s demise after investing £60 million last year, envisaged that C.banner would own both Hamleys and House of Fraser.

“I think Yuan’s grand plan was to create a group of branded companies under a listed Chinese company and that company would have been C.banner,” a source told the publication.

“I think he ultimately wanted C.banner to have Hamleys, House of Fraser and other brands, but it hasn’t worked out according to plan.”

Another added: “Yuan and Sanpower have a very local Chinese management style and they never really gelled with the English team.

“The Chinese, particularly Mr Yuan, had their own way of doing things and that was it. He has these meetings every week where he will get all the directors in a room and then will just pick on one.

“To be fair to Frank Slevin, he was able to work with him and calm him down. He picked up a poisoned chalice in House of Fraser, anyway.”