Homebase faces a major vote on its future today as landlords decide whether to accept a Company Voluntary Arrangement.

The proposed CVA would see 42 stores shut and rents cut on others as Homebase owners Hilco Capital try to rescue the retailer from administration.

At the moment, 70 per cent of Homebase’s stores are losing money.

Hilco acquired the business for £1 in June, with the view to turn it around within three years by bringing back formally popular lines of product including its soft furnishings.

If the creditors back the CVA, Hilco has also promised to spend £25 million of capital and up to £116 million of debt on the business.

Alvarez and Marsal, the consultants managing the CVA process, say the rescue plan would be a “lifeline” for Homebase and benefit its landlords.

However, reports emerged earlier in the week that a number of rebel landlords could be considering suing Homebase over the proposed rent cuts and shop closures.

They argue the rent cuts of between 25 per cent and 90 per cent on 70 of Homebase’s stores are too steep to shoulder. 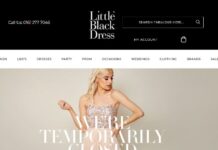