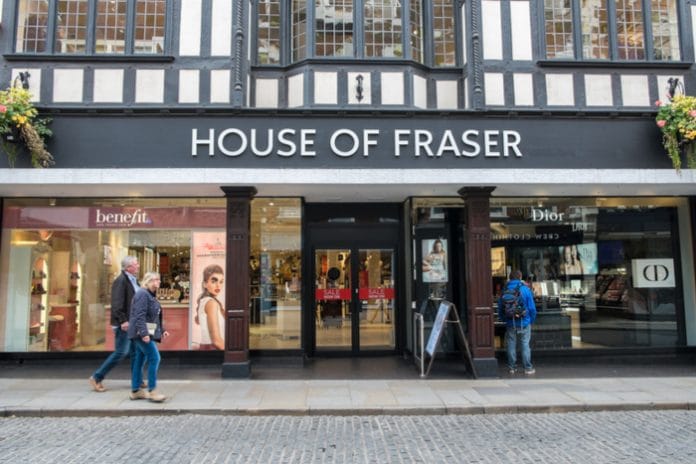 House of Fraser has placed accountancy firm EY on standby to handle a potential collapse of the retailer as it desperately scrambles to find a new investor after previous rescue deal collapsed.

According to Sky News, the embattled department store chain has held talks with various investment firms, including Alteri Investors, over the last few days.

Meanwhile, The Telegraph reported that EY was placed on standby after it was confirmed yesterday that Hamleys parent company C.banner had pulled out of its planned investment scheme as part of House of Fraser’s controversial CVA.

EY drew up back-up plans as a part of the CVA that was approved by creditors in June, and sources told The Telegraph that preparations were currently underway to put the retailer into administration should it come to that.

C.banner had promised a £70 million cash injection for House of Fraser, which was conditional on the implementation of its CVA.

Last week, it was revealed that the much-needed investment was delayed due to the legal action filed against House of Fraser by unhappy landlords.

Yesterday, C.banner went one step further and pulled out of its planned investment in the distressed department store retailer.

House of Fraser sent a statement afterwards confirming that C.banner would no longer continue with the placing, but added that it was “in discussions with alternative investors and is exploring options to obtain the required investment on the same timetable”.

This follows reports that Sports Direct’s Mike Ashley could be £50 million considering a rescue bid for the department store.

Influential credit ratings agency Moody’s also judged House of Fraser to be in technical default on its loans, after downgrading from the “very high risk” rating it received in December.

House of Fraser’s CVA includes plans to close down 31 of its 59 UK and Ireland stores, reduce rent on 10 that will remain open, and slash 6000 jobs.