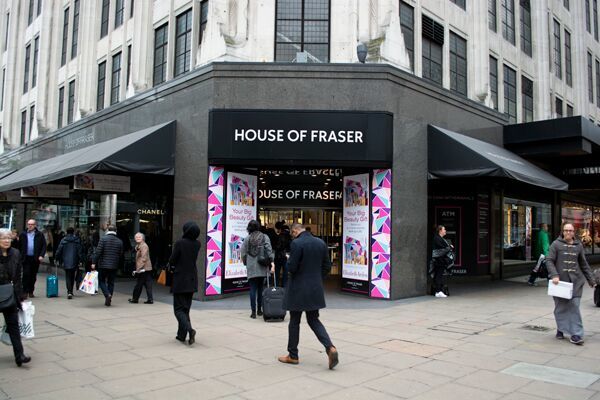 The UK’s peak pensions watchdog has said it was keeping a close eye on House of Fraser after a much-needed £70 million cash injection for its CVA fell through this week.

The Pensions Regulator said it was closely monitoring the embattled department store retailer, which has two defined pension schemes.

Although the schemes are well funded, if any restructuring or sale of House of Fraser were to succeed, it would need the critical support of the regulator and the Pensions Protection Fund (PPF).

However, C.banner cancelled its planned cash injection this week, just days after it said it would delay it until October due to the legal action filed against House of Fraser by unhappy landlords.

The Pensions Regulator said it was “disappointed” that had C.banner pulled out of its planned investment in House of Fraser, which was now desperately scrambling for a new investor.

“We continue our discussions with the company and the trustee of the pension scheme about the situation and are monitoring developments closely,” the regulator said in a statement.

“We are disappointed to learn that the proposed investment is not proceeding and are in contact with the trustees, company and PPF to understand the implications of this for the scheme.”

Meanwhile, the landlords’ legal challenge of House of Fraser’s CVA has been set for August 14.

A House of Fraser spokesman said the chain was “ready to robustly defend its position”.

It’s thought that the result of the legal challenge could pave the way for the department store to secure the new funding it urgently needs to pay for its quarterly rent bill of nearly £25 million in late September and to make sure there is enough stock for the upcoming Christmas trading period.

Reports have indicated that it has held talks with various investment firms, including Alteri Investors, over the last few days, over a potential rescue deal – especially now that C.banner has pulled out.

For Ashley – who already has an 11 per cent stake in House of Fraser – the banks acting for the retailer reportedly asked his executives to consider providing a £50 million loan.

If the department store chain is unable to find a new backer, it could fall into administration in what could be the biggest failure on the high street since BHS.

House of Fraser has already placed accountancy firm EY standby to handle a potential collapse, if it comes to it.

Chief executive Alex Williamson previously described the CVA – which includes plans to close down 31 of its 59 UK and Ireland stores, reduce rent on 10 that will remain open, and slash 6000 jobs – as House of Fraser’s “last viable” option to stay afloat.