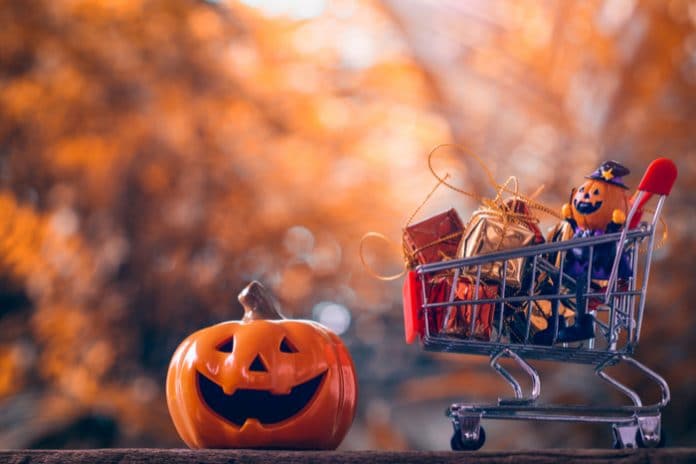 Halloween retail spend is due to hit nearly £500 million this year as clothing and beauty retailers position themselves to cash in on the event.

According to data analytics company GlobalData, UK retailers are due to see spend on Halloween-related sales rise 2.1 per cent year-on-year to £491 million.

Costumes are set to once again offer the greatest opportunity for retailers, with spending set to rise 3.4 per cent this year making up over a third of total Halloween spend.

“Netflix inspires a darker side of the celebrations with a gruesome approach to the event, launching a number of horror programmes in the run up to the occasion.

“Topshop also continued its partnership with the video-streaming service, teaming up with its Chilling Adventures of Sabrina this year, giving its customers access to the first peak of the new show’s trailer earlier this month.”

Separate research from Walnut Unlimited has suggested that each household in the UK is due to spend an average of £22 on Halloween, with those aged between 35-44 spending an average of £28.

Supermarkets are expected to be the main beneficiaries with 61 per cent of people celebrating Halloween planning to shop there.

Despite Halloween spend reaching new heights, just 20 per cent of people said they were likely to shop for goods online.

Contrary to GlobalData’s research, Walnut Unlimited expects confectionery to be the most lucrative category, with 72 per cent of people likely to buy confectionery products.