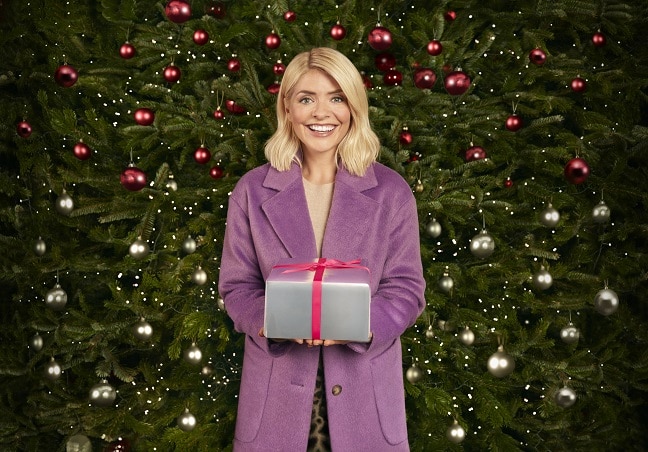 Marks & Spencer has released its second Christmas advert for its clothing and home division, featuring appearances from Holly Willoughby and David Gandy.

Following the release of its first Christmas advert for the food division last week – marking the first time in the retailer’s history that it has split advertising between its two departments – M&S unveiled its anticipated second campaign today.

Its “For the Must-Haves that make Christmas” campaign depicts a range of Christmas scenes including Holly Willoughby decorating her Christmas tree, David Gandy cleaning up after Christmas dinner, a Christmas office party and a family opening presents.

Each scene features a “must have” item from the bellwether retailer’s home and clothing department, including everything from Christmas lights to underwear.

This follows the release of its food campaign, which sees M&S Food brought to life through a series of unscripted adverts that place colleagues and customers front and centre.

The campaign comprises of 12 different adverts and stars more than 60 customers and colleagues.

Each ad encourages viewers to join the conversation on social media by sharing their Christmas food favourites using the hashtag #MyMarksFave.

Its hashtag has reportedly already been used over 12,000 times since its launch last Thursday.

With almost all major British retailers – save for House of Fraser and Morrisons – now in full swing with their Christmas campaigns for 2018, all eyes are now on John Lewis to release its much-hyped, big-budget festive campaign.