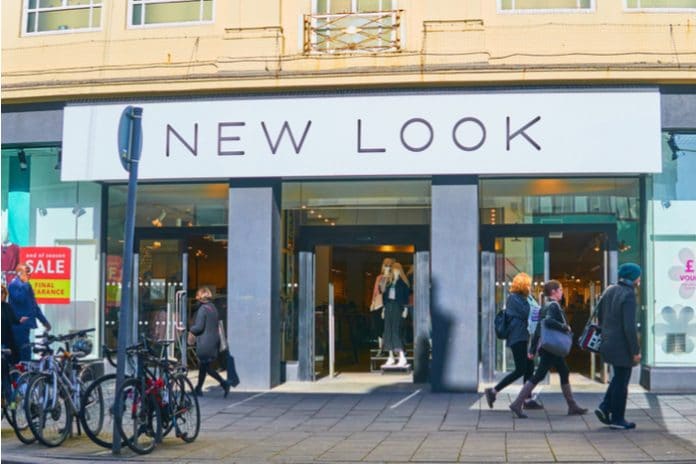 New Look’s boss has suggested that almost 100 of its UK stores may end up closing down as part of its ongoing turnaround scheme, much more the 60 that was originally earmarked earlier this year.

Speaking to Press Association after the fashion retailer unveiled its half-year trading update, executive chairman Alistair McGeorge said the number of stores which will definitely close after negotiations with landlords is at 85.

McGeorge added that discussions were taking place for an additional 13 stores, of which around half could end up closing down.

This would bring the total more than 90 stores.

This includes the 60 stores that were marked for closure and subsequent 980 job cuts under the retailer’s CVA that was greenlit back in March.

Earlier today New Look unveiled a return to profitability in its first half, with the firm booking underlying operating profits of £22.2 million, up significantly from a £10.4 million loss the same period a year earlier.

Its adjusted EBITDA also more than doubled compared to last year, rising from £24.2 million to £49.8 million.

This is despite revenues continuing to fall 4.2 per cent to £656.9 million and like-for-likes dropping 3.7 per cent, although this is a major improvement on the 8.6 per cent decline seen in the previous year.

Additionally, the retailer is poised to exit the Chinese market, closing 130 stores that are understood to have lost £37 million last year.

As a result, it expects to deliver even more cost savings in the long run.

McGeorge said the first part of the recovery was going well, but he wanted to “move faster”.

“We’re not looking to defend our position, we’re looking to attack,” he told Press Association.

He added: “Clearly the wider retail environment remains challenging and we are not expecting that to change anytime soon.

“However, we are on the right track and continue to drive further efficiencies across the business.”