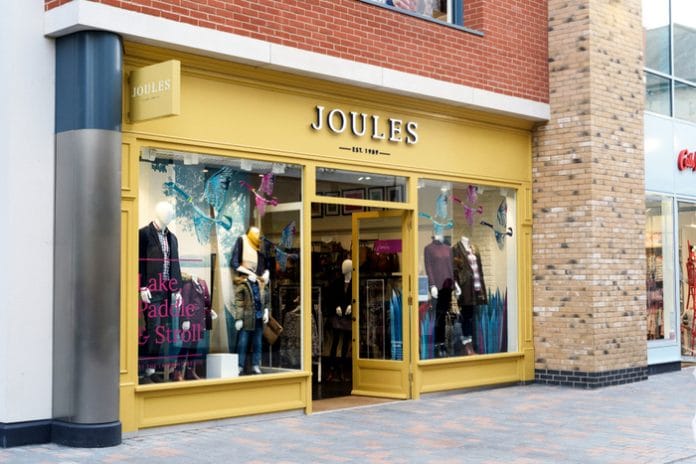 Joules has begun making “contingency plans” as it braces for the potential outcome of a no-deal Brexit.

The fashion retailer announced in its half-year trading update that it was setting up a third-party distribution hub in the EU to mitigate the potential chaos across the UK’s borders should it drop out of the EU without a deal.

It added that it would begin to order products earlier in preparation for delays while increasing its currency hedging activities in anticipation of a further devaluation of the pound.

This comes ahead of a vote on Prime Minister Theresa May’s Brexit deal, which has already been endorsed by EU leaders, next Tuesday.

Should MPs reject the plan, the likelihood of a no-deal scenario becomes increasingly likely, which Bank of England governor Mark Carney revealed yesterday could cause the UK economy to shrink by eight per cent, while shop prices jump 10 per cent.

“Contingency plans have been put in place to mitigate the expected disruption that could arise in the event of a ‘hard Brexit’,” Joules stated.

Alongside the announcement, Joules reported revenues for its first half which grew 17.6 per cent to £113.1 million, while retail sales jumped 21.2 per cent to £79.9 million.

The figures were reportedly driven by strong international sales, with global sales now accounting for around half of its total wholesale revenue.