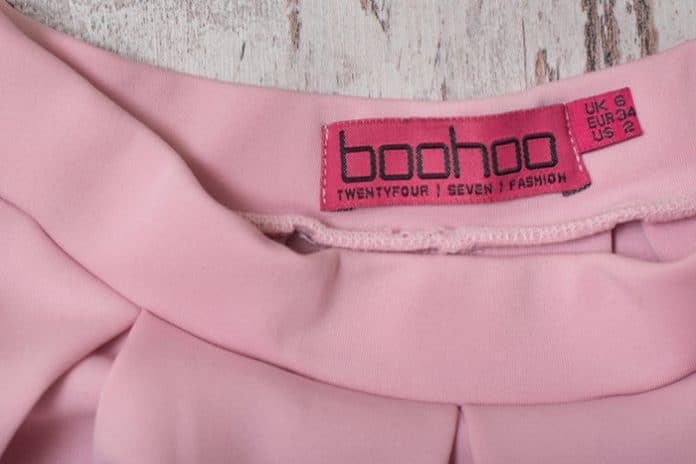 Boohoo has raised its full-year revenue outlook after it recorded a 44 per cent year-on-year surge in sales during the final four months of 2018.

The online retailer said total group revenue across all geographic regions rose from £228.2 million to £328.2 million during the four-month period, which included the Christmas trading season and ended December 31.

Gross margin for the four months also jumped 170 basis points to 54.2 per cent.

Boohoo’s UK market took the lion’s share of revenues as usual, climbing 33 per cent year-on-year to £180 million during the period.

However, its US revenues saw the biggest growth, with 78 per cent year-on-year increase to £70.4 million.

For the year to date, Boohoo said total group revenue jumped by 47 per cent year-on-year to £723.5 million.

Rest of Europe revenues for the year to date surged 71 per cent to £95.7 million, and Rest of World revenues increased 32 per cent to £75.2 million.

The retailer said its main Boohoo brand saw sales lift 15 per cent to £163.5 million during the final four months, while year-to-date revenue came in at £372.5 million, up 15 per cent.

Boohoo’s PrettyLittleThing was a star performer, with sales skyrocketing by 95 per cent to £144.2 million during the final four months of 2018 whiles revenues came in at £312.8 million for the year to date – a massive 114 per cent uptick.

On the other hand, the Nasty Gal fascia saw sales increase 74 per cent year-on-year to £20.6 million during the final four months, and 89 per cent to £38.3 million for the year to date.

Boohoo said it now expected total group revenue growth for the financial year ending February 28 to be 43 per cent to 45 per cent, ahead of its previous guidance of 38 per cent to 43 per cent.

The retail group also predicted group adjusted EBITDA margins to be between 9.25 per cent and 9.75 per cent, narrowing the range from the nine per cent to 10 per cent as previously guided.

“We are delighted to be reporting yet another great set of financial and operational results and would like to say a very big thank you to all our team and customers,” Boohoo joint chief executives Mahmud Kamani and Carol Kane said.

“We remain firmly focused on continuing to provide our customers with great fashion at unbeatable value.

“The global growth opportunity is significant and we will be addressing it in a controlled way – investing in our proposition, operations and infrastructure to capitalise on the opportunity.”