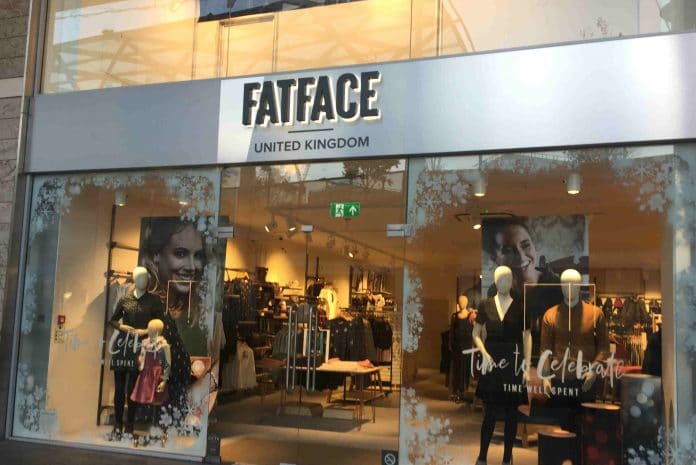 // Liz Evans confirmed to begin as CEO on March 1

FatFace has booked a rise in sales and operational profits in its first half but its Christmas trading was broadly flat thanks to a plunge in in-store sales amid challenging conditions.

The lifestyle and fashion retailer also used its trading update to confirm that Liz Evans would join the company’s new chief executive on March 1.

According to its unaudited results for the 26-week period ending December 1, FatFace saw total EBITDA rise four per cent year-on-year to £15.5 million.

Total sales went up two per cent year-on-year to £122 million, although full price like-for-likes was flat compared to the first half in the year prior.

Total sales was boosted by a six per cent increase in ecommerce and a 59 per cent surge in international sales, with the latter amounting to £8.7 million.

Meanwhile, for the Christmas trading period covering the five weeks ending January 5, FatFace said overall revenue was broadly flat thanks to a six per cent year-on-year decline in in-store sales.

“This resulted in an even later surge in December sales across our stores.”