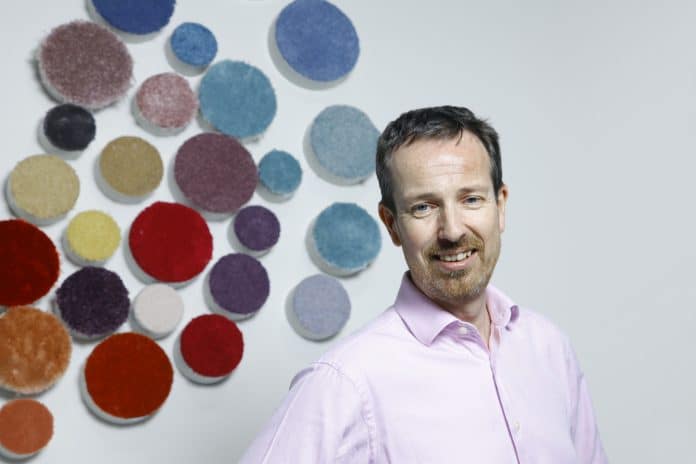 “There isn’t another family in Britain that knows about carpets and flooring like the Harris.”

From Samsung to Walmart, family businesses account for some of the most prominent and successful financial entities on the planet.

Nowhere is this truer than in retail, with the list of family-built retail business in the UK alone including Arcadia Group, Pentland Brands, Clarks, Wilko, Shop Direct, Home Bargains, Bestway and Primark’s owner Associated British Foods.

Like many retail dynasties, the Harris family has remained largely out of the limelight. That was until Martin Harris left Carpetright, the company his father founded, to set up its key rival Tapi Carpets.

“I left Carpetright in September 2014 at the AGM,” Harris tells Retail Gazette.

“I didn’t really know what I was going to do, I didn’t even know what country I was going to live in. I knew I had spent long enough in the business and knew it was time for a change for me.

“I could tell it was going in a direction I didn’t believe it should go in and I couldn’t influence it.”

“I see my role as more of a CIO, which is a chief inspiration officer, I think that’s my main role.”

His father, Lord Harris of Peckham, left Carpetright the same year, selling all of his shares and removing any involvement in the company he had built from the ground up 27 years earlier.

Although Harris’ decision to leave and create Tapi attracted some media attention, its rapid expansion to 105 stores since its inception in 2015 has gone largely under the radar.

According to Harris, this is both his advantage and his intention.

“We have a lot of customers coming over to us very quickly, but we’re not known,” he reflects.

“Actually, that’s probably one of our biggest strengths as I see it.

“Really to become known is a check book, you just advertise a lot. We’ve seen retailers do very good jobs here like Oak Furniture Land, where they became a household name just through repetitive advertising.”

In December, Carpetright posted losses of £11.7 million for the prior six-month period, following a CVA which has seen it close around 65 stores to date.

“One of the things we learnt from (Carpetright) was that we didn’t want 500 plus stores, we’ll get to 150 quite quickly and then very slowly organically growth the rest from there,” Harris adds.

“We’ve been investing money into opening bricks and mortar stores over the last three years.

“We feel that we now have a platform that is now nice and solid, we’re now in a position to continue developing our business.”

In fact, Harris’ experience at both Carpetright, where he worked alongside his father for 23 years, and in the wider retail industry has been fundamental in shaping Tapi.

Starting his retail career at an exceptionally young age – being thrown into the deep end behind the till at peak times at 13 before joining the buying department at Hamleys when he left school – has given Harris a rare breadth of experience.

“It gave me a really good fundamental base to understand retail, when retail really was retail as well,” he explains.

Growing up in retail and working alongside his family has also shaped his managerial style. Tapi’s website describes the company as “one big Tapi family”, and this ethos extends to his hands-on approach with employees.

“One of the things we learnt from Carpetright was that we didn’t want 500 plus stores.”

“I think you should be (hands on),” Harris tells Retail Gazette.

“I see my role as more of a CIO, which is a chief inspiration officer, I think that’s my main role.

“Motivation is key to what I like to do, I like to be around all our colleagues, I like to congratulate them when they’re doing well, and give them advice and to train them.”

This somewhat unconventional method has largely proved fruitful for the young company, which has seen double-digit like-for-like sales growth every year since it launched.

During an economic downturn, big ticket items like flooring are usually first in line to take a hit, but according to Harris there are a number of reasons why Tapi is succeeding where others are faltering, going so far as to buy stores from its rival Carpetright.

“I have some great shareholders who support the business all the way through and really believe very strongly in us,” he explains.

“They say if you ever get into a position where you need support we’ll be here, its an extension of the family ethos we have.”

“If we ever have a question and we’re not quite sure, I’m very lucky in that I can just ask my dad what he thinks about an area, he has a good memory even at his age, he’s a great person to just have on tap,” Harris continues.

“As a retailer I am in an envious place, being happy with where we’re going at the moment.

“If we ever have a question and we’re not quite sure, I’m very lucky in that I can just ask my dad what he thinks.”

“Yes, when we put our accounts out there they show losses, but that’s because we’re in the development stage of our growth.”

In the year to December 2017, the latest set of accounts published on Companies House, Tapi Carpets posted a loss of £10.9 million, despite making sales of £56.9 million.

Harris says this loss is due to its investment in establishing a country-wide estate, often stepping on the toes of its key rival.

“At the moment we’re physically investing for the future,” he adds.

“Eventually we’ll get to a point where we say that’s enough bricks and mortar for now, we can focus on our other avenues.”

These other avenues include expanding Tapi’s online offering, which Harris admits has taken a back seat since the company was launched.

“We’ve probably been a little bit slow in developing our website, that’s not the teams fault, if you had to place criticism anywhere it’d probably be with me,” he says.

“Because we have been focusing on the bricks and mortar side of things, we deliberately slow on the online side of things, because it’s the piece that you can catch up the quickest. The longer you wait the more technology improves.”

His seemingly relaxed approach to online sales would serve as a red flag for retailers in any other sector, but flooring retailers like Tapi only receive around five per cent of their total income from their online operations.

Harris’ calm and collected demeanour appears to be justified. Tapi’s rapid physical expansion and revenue growth, alongside its chief executive’s deep rooted and extensive knowledge of retail have put it in as good a position as any retailer could hope for to succeed in the current retail climate.

Only time will tell if it can truly avoid the “pain points” which have led to the near demise of its predecessor-turned-rival, but if there is anyone perfectly suited to pull it off, it is certainly the Harris family. 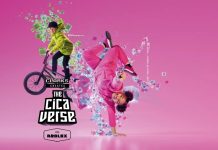 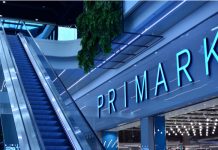