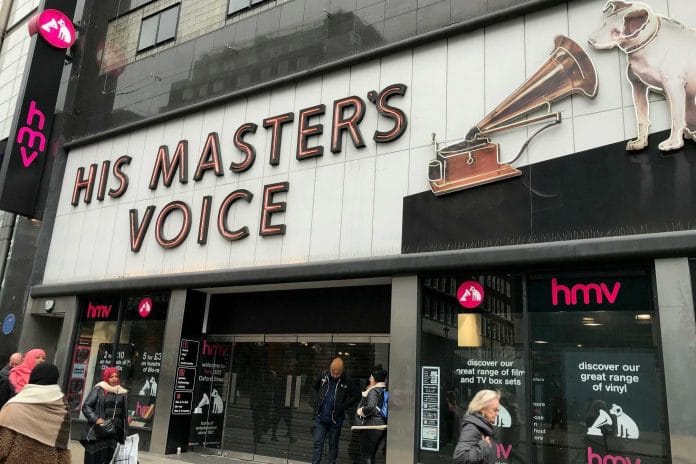 // List of 27 under-performing HMV stores to shut down revealed

// Iconic London flagship on Oxford Street among the stores listed

The locations of HMV stores that have closed down with immediate effect under new owners have been revealed, and the iconic flagship on London’s Oxford Street is among them.

HMV’s flagship is one of 27 unprofitable stores to have shut down after the retailer was bought out of administration by Canadian retailer Sunrise Records.

The famous flagship opened in 1921 as HMV’s first-ever store, and aside from the two years between 1937 and 1939 where the building was fire damaged, the retailer has retained a presence on Oxford Street ever since.

It moved from its current location in 1986 to the larger 150 Oxford Street, but returned to its original 363 Oxford Street address in 2013.

While Sunrise Records’ rescue of the music and entertainment retailer safeguards almost 1500 jobs and 100 HMV stores, administrators from KPMG said 455 redundancies will result from the 27 under-performing store closures, as well as 122 warehouse employees as part of a winding down process.

Aside from the London flagship, other notable HMV stores that have shut down include Intu Merry Hill in Wolverhampton, Meadowhall in Sheffield, Queensgate in Peterborough, Intu Trafford in Manchester, Bluewater in Kent, and Wesfield London in White City, west London.

Headed up by Canadian retail mogul Doug Putman, Sunrise Records’ acquisition of the British music retailer this week comes after it took over around 70 HMV stores when the Canadian arm of business collapsed in early 2017.

HMV’s now-former owners Hilco – which bought the retailer in 2013 – had called in administrators from KPMG on December 28, marking the second time in six years that the retailer collapsed.

KPMG then fielded “several” offers to buy HMV out of administration, with Mike Ashley emerging as one of the potential suitors before Doug Putman stepped into the fray.