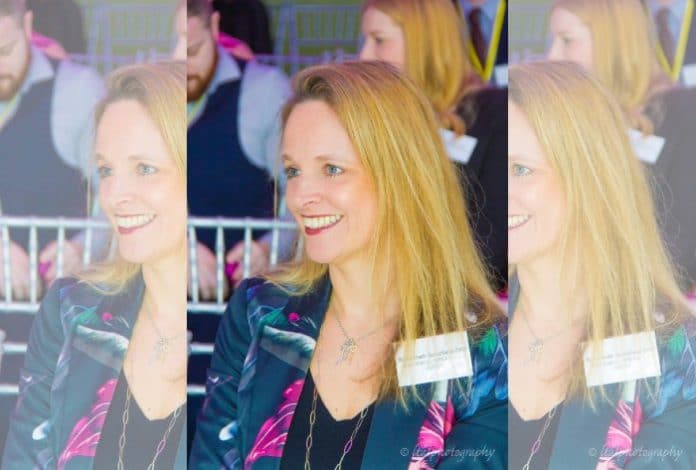 Congratulations on your new role at the DSA!

Thank you! My overriding feeling is one of excitement; I believe now is a time of huge potential for the direct selling sector given current trends within the wider retail industry and there is a real appetite from the brands that are members of the DSA to seize the opportunity.

Do you feel like you have big shoes to fill after Lynda Mills?

Yes – I hope to continue the great foundations laid by her and her predecessors, not least by being a vocal champion of women in business. It’s clear that this is an area in which Lynda was a real inspiration to many, and direct selling is an industry driven by women – over 90 per cent of those working as independent salespeople in the sector are women – so there’s a real opportunity to make an impact.

Tell me about the DSA story.

The Direct Selling Association was founded in 1965 and its members include many of the UK’s best-known and most-loved retail brands: The Body Shop at Home, Usborne Books at Home, Avon and Neal’s Yard Organic Remedies to name a few.

Essentially, any brand that sells – or is looking to sell – goods or services directly to consumers outside of a traditional retail environment, whether that’s face-to-face, online or via social events, should be thinking about DSA membership.

Direct-to-consumer retail is unique, and the DSA plays a crucial role in supporting brands that do business this way, upholding standards, offering insight, sharing knowledge, and promoting and encouraging best practice.

What gap in the UK retail market does DSA strive to address?

It’s estimated that the direct selling channel of retail contributes £2.1 billion a year to the UK economy, and that there are around 425,000 people working as independent representatives in the industry, so the numbers are significant. A big part of what the DSA strives to do is raise the profile and improve understanding of the sector.

“It’s estimated that the direct selling channel of retail contributes £2.1bn a year to the UK economy.”

I feel strongly that direct selling’s image is overdue an update, but we mustn’t ignore the hugely positive legacy that it has. This year marks Avon’s 60th anniversary here in the UK and it is a great example of a direct selling brand that has helped achieve so much for women in particular – Avon were giving women the ability to earn independently before they even had the vote. Avon’s new focus on rebranding for the Instagram generation, alongside the brand’s continued championing of women with its new Stand4Her campaign is an exciting step in the sector.

it’s high time for us to get on the front foot and be far more confident about what direct selling has to offer, both to consumers who are looking for different, more tailored and personalised retail experiences, and also to those who might wish to work in the sector. The traditional jobs market is simply not working for many people – particularly those with children or caring responsibilities – and with a growing awareness of gig earning and the UK’s appetite for entrepreneurship, direct selling presents an important, low-risk opportunity to earn for a lot of people.

I predicted at the start of the year, in my first few weeks in post, that the DSA expects to see strong growth in the sector 2019 and that is certainly looking to be the case. Growth isn’t ubiquitous yet, but there a number of DSA members seeing record growth at the moment. The Body Shop, for example, recently announced that its direct selling (or social selling) channel is the brand’s main driver of growth.

But many of our brands are not shouting about it due to caution over alerting competitors; there’s a real sense within the sector that this channel is an “overlooked” success story in retail.

Our focus throughout 2019 will be on working hard to support members through a time of huge potential by informing and advising on industry issues, providing a platform for companies to share best practice, and shine a light on the great work going on in the industry. I also believe I have a significant role in helping government understand the opportunities this sector, and the contribution it makes to the economy. I plan to work hard to ensure the DSA has a real voice in the retail sector as I firmly believe that, as Generation Z starts to hit the working economy, this type of earning will be crucial to supporting growth.

I suppose the key questions I want to pose are: As a retailer, why not adopt this channel to market? And as a consultant, why not earn money from your Instagram account?

In what ways are direct selling retailers addressing some of the challenges facing the retail industry?

“Direct selling presents an important, low-risk opportunity to earn for a lot of people.”

The most obvious demonstration of a trend being bucked in the sector is the fact that direct selling is seeing growth: At a time when the high street is in decline, and retail footfall is struggling, to see the sort of growth that some of our members are reporting is pretty remarkable.

The key to this success is the personal touch – it ultimately comes down to the fact that people buy from people. After all, it doesn’t get much more personal than trying and buying a lipstick in your friend’s living room on a Thursday evening. We all want an experience now, and this sector offers a real event when you shop. Speaking as a consumer, I love it.

What would you say is the biggest risk for the retail sector at the moment?

It’s not unique to retail, but I think a lack of agility and not responding to the changing way consumers want to engage with brands are key risks. The retail sector has been talking about trends such as increased personalisation, tailored retail experiences, and brands that give back for years, but I see few mainstream retail names that have truly managed to deliver this. In some ways luck has played a part in the sense that the current consumer trends we’re seeing play well to direct selling’s strengths, and that has been a key opportunity.

The uncertainty around Brexit is of course is a concern to many companies within our sector. I wonder what we ever did before the “B” word.

Describe your role and responsibilities at DSA

Tell us a bit about yourself and your background.

My career has been varied, spanning big blue-chips such as Royal Mail, where I spent almost 20 years, working as sales director and then commercial innovations director, later holding a board position. I have also carried out consultancy work with Deloitte, which I thoroughly enjoyed, and later established and ran my own retail company, Best in Glass, using direct selling as the main channel to market.

More recently, following a successful crowdfunding campaign, I established an online tech business which expanded my understanding of that competitive and complex market. I’ve also advised on the government board of Business Innovation and Skills advisory panel, which is something I’ve enjoyed doing – so much so it eventually resulted in me writing a book to aid small businesses through growth and retail consumer issues called Mind the Gap which was published in 2013.

Overall, I would say my real strength lies in delivering growth in demanding and changing markets, but a passion of mine is championing women in business. As well as speaking regularly on the topic, I’ve also lectured for the Peter Jones Apprentice Foundation, as well as at universities such as Kent and City, University of London.

What got you into retail in the first place?

Everything we do in business is essentially retail. Maybe not the standard sector definition, but everything we buy involves a consumer and seller relationship. Sales has been long overlooked as a serious profession, but times are changing. The sales experience in retail will distinguish the successful companies from those who will inevitably decline. We, as shoppers, are too savvy now not to enjoy spending money.

“A passion of mine is championing women in business.”

The next generation of shoppers are different: they have the need for far greater transparency and integrity, and as retail runs to catch up with this new breed of shoppers, retailers need to realise that actually more important than cost to this generation is engagement, personalisation and experience.

When I ran the sales force at Royal Mail we had huge new business targets and getting the team of just over 500 people to achieve those quotas was hard in changing and challenging markets, albeit mostly business to business, but still selling. I think selling runs in my blood so a move to an area of retail where success comes down to the sales experience felt like a natural progression and one I am excited to deliver on.

The DSA has granted membership to over 40 companies, and I am determined to get to know each and every one better as I take up my role, so that’s a pretty significant challenge for me to get out and meet all of those CEOs.

That said, I can’t stop there – the integrity of this sector is crucial to me, and I want to start to focus on any relevant businesses sitting outside the DSA Codes of Conduct and allow them the opportunity to apply to join us. The Codes of Conduct give added protection to both new distributors and consumers alike. That is vital to me.

It might sound clichéd, but I think it’s the feeling of knowing that the DSA is making a difference. It might be through offering industry insight that individual brands might not otherwise have access to, or securing a platform for the industry it might not otherwise have had, but when something we do directly impacts positively on our members’ growth or success, there is no comparable feeling.

What advice would you give someone who is considering embarking on a career in the direct selling area of retail?

If you’re self-motivated and the opportunity to be entrepreneurial appeals to you, then I would say that a career in direct selling is a great option, particularly if you need the type of flexibility not offered by many areas of the traditional jobs market. Think carefully about what sort of products you’d enjoy selling, and crucially, look for the DSA logo when joining a company as it’s a mark of higher standards and greater protection for both you and your customers.

Direct selling is low-risk – on average a starter pack with sample products costs around £100 and many DSA member companies are free to join. Plus, DSA members offer a range of extra training and assurances that non-members do not. 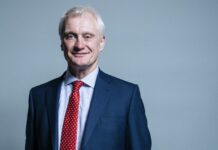 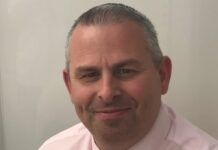