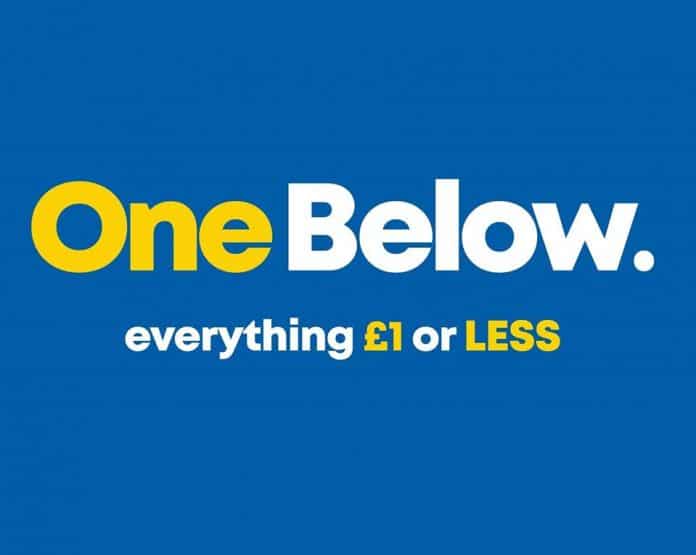 // The first One Below store opened in Rothwell, West Yorkshire on March 1

The founders of Poundworld have launched their brand new discount chain One Below, creating 120 jobs in several regions of the UK.

The first store opened in Rothwell, West Yorkshire on March 1 and saw celebrations take place as the first 100 customers were gifted £25 worth of items in goody bags.

A spokesman for One Below told Retail Gazette that a second store opened on March 8 at the former Poundworld unit in Manchester’s Cheetham Hill retail park.

Meanwhile, two other One Below store have reportedly opened in Doncaster and on Kirkstall Road, Leeds.

As well as recruiting staff in full and part-time positions in management and sales, One Below has also booked a 160,000sq ft distribution centre in Barnsley, recruiting 50 head office and warehouse staff.

The retailer plans to open 50 stores nationally by the end of the year, creating 1000 jobs in a bid to end the high street gloom.

The new discount retailer will stock over 5000 products, retailing from 29p to £1.

The businessmen sold Poundworld to US private equity conglomerate TPG Capital in 2014.

However, it went into administration in June last year, leaving over 5000 former staff redundant.

The founders hope to hire some of the affected staff from Poundworld’s collapse.

“We still believe in the British high street and there is a place for convenient stores that work hard to bring stand-out savings to local shoppers, giving them a reason to take advantage of value that they won’t find online,” One Below managing director Christopher Edwards Sr said.

His son, also a managing director for One Below, said: “We’re delighted to be able to employ many of the former Poundworld staff, including our store manager, who were some of the 6000 employees to have lost their jobs,”