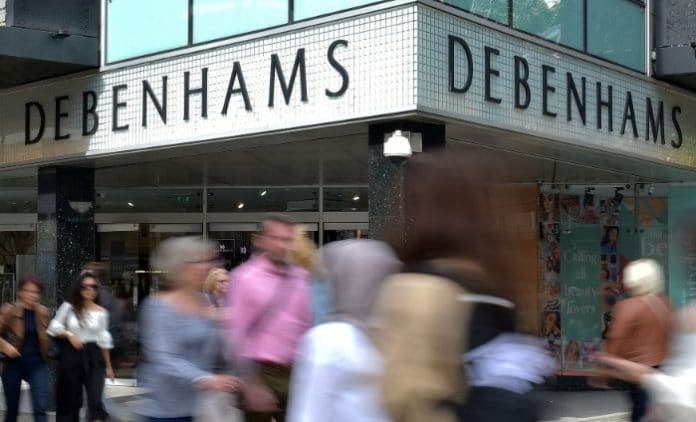 // Department store now likely to fall into administration, with ownership handed over to lenders

Debenhams has rejected Mike Ashley’s revised £200 million rescue bid and has made a request that its shares be suspended with immediate effect.

It is also an advance on an £150 million plan tabled yesterday, which was also rejected.

Under Sports Direct’s revised £200 million proposal, Debenhams’ lenders would have to agree to write off £82 million of its £720 million debt mountain, as well as install Ashley as chief executive.

Lenders to Debenhams said the latest proposal, on the terms set out, was “not sufficient”.

“The board confirms that it received a revised, highly-conditional, proposal from Sports Direct in the early hours of April 9, which indicated a willingness of Sports Direct to underwrite an equity issue of £200 million,” the department store stated.

“The company’s lenders have confirmed to the company that the proposal, on the terms set out, was not sufficient to justify an extension to the April 8 deadline.

“The company anticipates making a further announcement during the course of the day following further discussions with its lenders.”

Shortly after announcing it had rejected Sports Direct’s latest offer, the beleaguered department store requested that its shares be suspended with immediate effect – pending further update.

Debenhams is now widely expected to fall into pre-pack administration, whereby the its lenders will seize control and trigger a major restructuring scheme that will result in dozens of store closures and hundreds of job losses.

The move will also mean all shareholders – including Sports Direct, which has a near-30 per cent stake in Debenhams – will have their equity wiped out.

The refinancing provides Debenhams with facilities of £101 million and £99 million, and includes the £40 million to replace the interim borrowing it announced in February.

Debenhams had given Sports Direct a deadline of April 8 to either walk away or make a firm takeover offer that includes arrangements to refinance its debt, or commit to either providing funding for the business or underwriting the issue of new shares.

Ashley’s attempts to take control of Debenhams had become increasingly desperate in the past few weeks.

Over the weekend he demanded the board be investigated and two directors to undergo lie detector tests, while last month he blasted Debenhams’ advisers by saying some of them should be “put in prison”.

Sports Direct added that it was continuing to “actively evaluate” a conventional takeover, priced at 5p per share, and that it had until April 22 to make a decision on this.