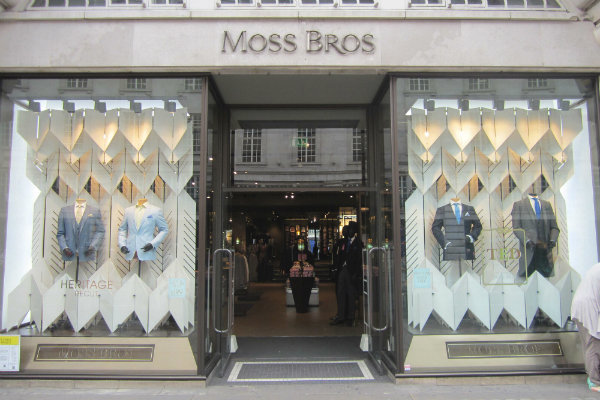 Moss Bros has recorded a sales rise in its financial year to date,  despite “tough trading environment”.

For the 15 weeks to May 11, total sales increased by 1.5 per cent year-on-year which the menswear retailer attributed to its ecommerce platform.

However, total like-for-like sales were down 0.2 per cent on the same period last year.

Meanwhile, like-for-like retail sales – including online – were up 2.2 per cent while online sales on its own surged by 18.7 per cent.

“We are making progress on last year, having recovered from the stock issues and improved our supply chain,” Moss Bros chief executive Brian Brick said.

“Retail and ecommerce sales have shown further improvement against this backdrop.”

He also said the retailer remained on track to meet market expectations for the year.

Moss Bros had a change of hands in March when Joules boss Colin Porter was announced as the new chairman, replacing Debbie Hewitt of nine years, after her retirement took place in May.

Moss Bros currently operates from 127 stores in the UK.