Gresham – an industry veteran with a track record in finance roles including stints at Homebase and Debenhams – will take over the role from Ed Barker on June 3.

The news marks the first major hire to rebuild Superdry’s board, two months after the return of founder Julian Dunkerton sparked the resignation of most of its directors.

“This is an important step for Superdry as we continue to focus on rebuilding the board and putting the right leadership and corporate governance structure in place,” chairman Peter Williams said in a statement.

Williams’ appointment as Superdry chairman occurred when Dunkerton returned as interim chief executive, who for much of the latter half of last year publicly criticised the fashion retailer over its lacklustre trading performance and string of profit warnings.

In April, Dunkerton won a shareholder vote with a narrow majority – 50.75 per cent – backing his return to the Superdry board.

Meanwhile, Williams gained 50.74 per cent of proxy votes in his favour.

Non-executive directors Dennis Millard, Minnow Powell, Sarah Wood and John Smith handed in their three months’ notice and are due to leave July 1.

Dunkerton has since begun aggressive moves to change how Superdry is run and revive the retailer’s fortunes.

He mentioned earlier this month that the retailer was still on the lookout for a permanent chief executive. 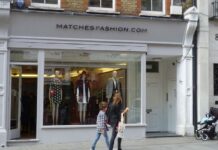 Morrisons appoints Kevin Havelock to the board