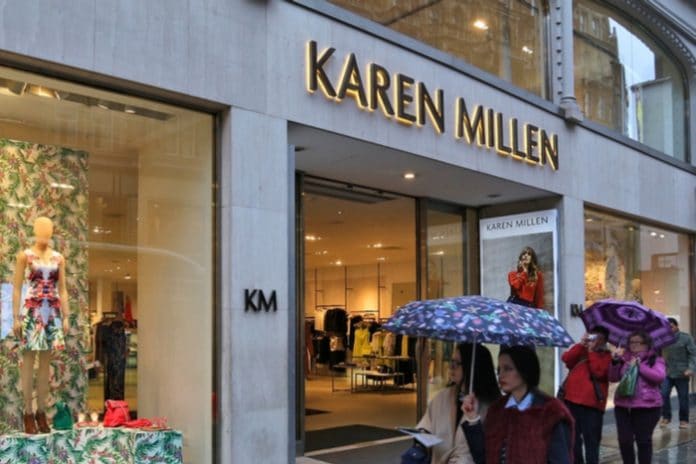 // Sales process is being led by Deloitte

The parent company of Karen Millen has officially put the womenswear retailer up for sale, and said it would begin formal talks with potential suitors in the coming days.

According to Sky News, the sales process is being led by Deloitte and comes after several weeks of deliberations by Karen Millen’s executive team.

Sky News also reported that Kaupthing, the Icelandic bank thank owns the retailer, will kick off the sales process by holding formal talks with bidders in the next few days.

It comes after Kaupthing reportedly drafted in Deloitte to review its options for Karen Millen after receiving a string of unsolicited takeover bids.

The retailer’s stablemates, Oasis and Warehouse, are not thought to be part of the sales process.

It is also not yet clear how much Karen Millen would be valued in the sale.

The news comes after the retailer slashed its operating losses by 85 per cent to £1.4 million in the financial year to February 2018, under a turnaround strategy led by chief executive Beth Butterwick.