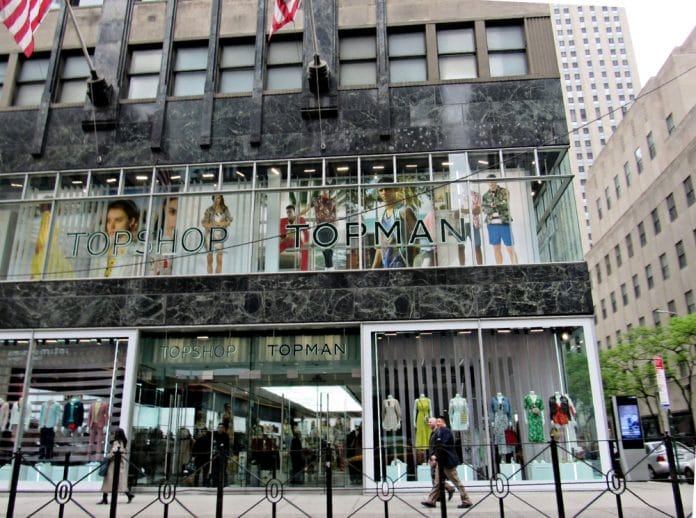 // Landlords accuse Arcadia of “engaging in a convoluted scheme”

A group of American property companies have filed a legal challenge against Sir Philip Green’s Arcadia in light of the seven company voluntary agreements (CVAs) that were agreed last week.

As part of its restructuring, Arcadia has decided to push its US subsidiary into administration.

In papers filed in a New York bankruptcy court, the landlords accuse Arcadia of “engaging in a convoluted scheme to deprive the …US landlords of their bargained-for contractual rights by manipulating and exploiting a private, little-used out-of-court process in the UK known as a company voluntary arrangement”, the Financial Times reports.

Deloitte is the appointed administrator to Arcadia USA, which is a UK-registered company that operates Topshop stores in the states.

Arcadia USA operates 11 Topshop stores in the US including New York, Miami, Las Vegas and Chicago.

The administration is separate to Arcadia’s CVAs of its UK businesses, although it is part of the same restructuring plan.

The papers opposing the administration were filed in the US on June 4, two days before first creditors’ vote on the CVA in the UK, and were accompanied by a letter requesting that Deloitte consider adjourning that vote.

As a result of the CVA approval, the US landlords have argued that their leases “will be eviscerated without any discovery and little due process”.

The landlords argued that they were “frozen out” of the CVA process, and that they are affected by it because of the interconnected nature of guarantees within Arcadia and because it may result in reduced recoveries for US creditors.

Caruso pointed out that its two Topshop leases were guaranteed by the parent company, which is part of the CVA process.

It added that Arcadia USA had failed to disclose the existence of multi-debtor proceedings in its paperwork or at the hearing to consider an interim approval of the liquidation sales at the US stores.

“Caruso is concerned that the group is engaging in a scheme to exploit areas of UK insolvency law that limit due process and disclosure to creditors” said the property group.

Meanwhile Deloitte lawyers said in a letter to the presiding judge that they were “working towards a consensual resolution” of the dispute.

The final hearings in the case have been postponed until July 19.