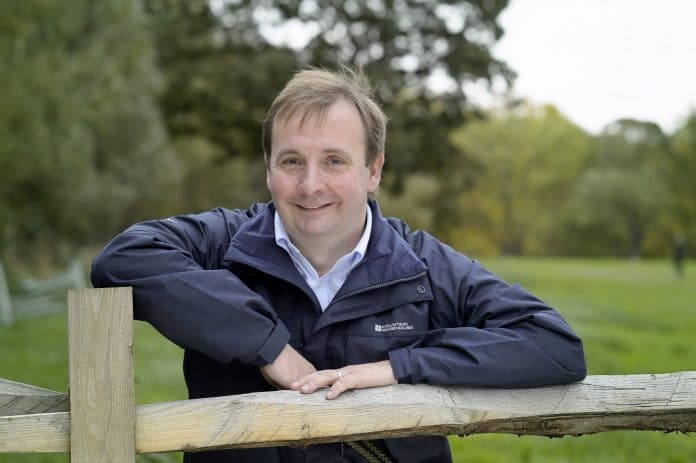 Mark Neale can still recall his first celebrity encounter when he ran his first retail business. An Oxford University graduate with a physics degree, he had left his job as a strategy consultant before opening the roller blade store in 1994. He was 25.

However, he knew the concept “wasn’t going to last forever”. Soon afterwards, he set up a toy shop selling educational toys – but he said this turned out to be an “absolute disaster”.

“I then had a shop which sold greeting cards because I thought cards would be quite a good area so I did that for a year,” Neal recalls.

It was around this time that Mountain Warehouse had its humble beginnings, with Neale opening the first store in 1997.

“This business idea has obviously been the most successful one out of all of those,” he laughs.

Mountain Warehouse now trades from 350 stores in nine different countries, and Neale said “it is still growing despite the terrible high street gloom”. Not bad for a retailer that has a very small budget for advertising, and has expanded thanks to word of mouth and organic online exposure.

“We’ve got 50 vacancies in our head office and we’re trying to recruit people so we’re creating lots of jobs and opportunities, which I’m proud of,” Neale boasts.

The Mountain Warehouse founder travels 10 weeks each year for work thanks to expansions across the UK, the US, Canada, New Zealand, Germany, and Poland. But at the British headquarters, Neale is well aware that he sits on the same floor as the product development team, so he keeps his door open – both literally and figuratively.

“We’re not climbing Mount Everest, that’s not the sort of gear we’re selling. We’re selling everyday outdoor wear for all the family”

“Lots of people come and drop in, people always come in to show me new products,” he tells Retail Gazette.

“At the end of the day, product development is the area that’s going to make the most difference.”

When it comes to rivalry, Neale regards the high street in general as Mountain Warehouse’s main competitor, more so than a specific retailer.

“We’re not climbing Mount Everest, that’s not the sort of gear we’re selling,” he says.

“We are selling everyday outdoor wear for all the family, which means we also compete with high street shops such as Marks & Spencer, Debenhams or Next.

“I’d say our rivals are really varied, and on a global basis, it’s definitely people like North Face, Colombia, Patagonia, and Decathlon.

“We sell activewear now for running, the gym, so you know that’s the kind of stuff you can buy from Sweaty Betty and Lululemon, or Nike. We pretty much compete with everyone.”

Despite his calm demeanour, Neale makes no secret on his ambitions to keep Mountain Warehouse “ahead of the game” – and to stay ahead.

“You got to have value for money. We’ve got to keep developing products, try and stay one step ahead by introducing new categories,” he explains.

“There are three reasons to our success: our UK stores, international stores, and the online business”

“We’ve always been really good at kidswear, because we’re value for money and usually people don’t like spending too much on kidswear.

“Recently we’ve been expanding our womenswear range, so hopefully if the mum is coming in to buy for her child, she’ll buy something for herself as well.

“We are very careful about our leases, massively selective as to where we open our shops. We’re hugely investing in the internet.”

Neale added that although Mountain Warehouse is known for its winter gear, it added a Summer Shop section “to enable the business to trade in between sun and rain”.

“For the last couple of years, we’ve put a lot of effort into our summer collection. This time last year, the weather in the UK was absolutely scorching,” he says.

“Particularly in places like Germany and Canada, the seasons are much more distinct, whereas in the UK the weather always changes.”

Neale also highlighted how “the market is quite promotional-led” as “everyone likes a bargain, and nobody likes to pay full price”. This response was prompted after being asked about Mountain Warehouse’s 10 per cent discount offer for first-time shoppers – a tactic to lure customers.

“I think the promotions are here to stay,” he said.

Nevertheless, in the last week of May, Mountain Warehouse posted its 22nd year of unbroken sales growth – something which the media widely attributed to international expansion. But Neale believes there is more to it.

“There are three reasons to our success: our UK stores, international stores, and the online business. All of these have been important,” he explains.

Notwithstanding the retailer’s continued success, Neale says Mountain Warehouse is aiming to incorporate customer values as its own. One initiative it is currently working on is to reduce plastic packaging – an initiative which most retailers are taking action on.

“We are trying to reduce plastic packaging and we’ve got a long way to go. We’ve only recently started to properly work out how to reduce it,” Neale tells Retail Gazette.

“It’s really hard because stuff comes packaged in plastic bags from China, and it’s going to sit in a warehouse for a period of time and then get to a shop, so taking the plastic bag off is easier said than done.

“We’re definitely getting much more scrutiny from customers and staff members – including from my daughter who’s 14 – than we ever did. So, we have to do something about it.”

Meanwhile, as Brexit nears, Mountain Warehouse has been forced to undergo some preparation. Neale also does not make his position on the matter a secret.

“We would prefer to be remaining in the EU,” he says.

“We would much prefer some clarity and certainty as to what’s going on.”

“But having said that, since the referendum – which was three years ago, we’ve doubled the size of the business, so despite the general chaos and uncertainty, we’re still able to grow.

“This year, we’re going to spend £15 million on new shops in the UK, in Europe, in North America and New Zealand.

“We’re spending in all of those territories despite everything, but it would be a bit easier for us if there was a bit of clarity as to what terms we’d be trading with all these people.” 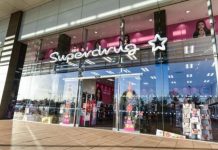