The centre first opened in 2002, and in 2015 it was acquired by investment management firm AEW Europe in a bid to modernise and create an improved shopping experience for customers, as well as ensuring that Basingstoke remains a thriving retail and leisure destination.

Since then, almost 30 new brands have opened at Festival Place.

“Since buying it in 2015, we made it a much more appealing place to shop”

“Since buying it in 2015, we made it a much more appealing place to shop,” AEW Europe head of private equity funds Russell Jewell told Retail Gazette.

Jewell, who’s in charge of strategic decisions, was part of the team that led the acquisition of Festival Place. He said the team has been “responsible for all the work that’s gone on since”.

One of the projects included hiring Neil Churchill as Festival Place’s centre director.

The refurbishment included significant upgrades to the public realm, the introduction of double height shopfronts, new entrances, lighting, paving and seating to create a bright and open visitor environment.

Festival Place features over 200 retail, dining and leisure brands, anchored by Marks & Spencer, Debenhams and Next.

Moreover, the centre has illustrated its efforts in remaining relevant in a retail environment where consumer behaviours are ever-changing. For example, when department store chain BHS collapsed in 2016, Festival Place replaced it with Next.

It now sees 22 million visitors a year, which is a two million increase since AEW’s acquisition.

“We work with Springboard who help us to collect our sales data so we’re constantly looking at who we’re performing against.”

Churchill told Retail Gazette that his career had been very London-focused over the past 10 years.

He had joined from Southside Wandsworth shopping centre where he served as general manager, overseeing the £30 million extension and reconfiguration of the scheme.

“I’ve worked on retail schemes in London and I think part of my appointment was around trying to inject that element of the London theme here, through different tastes and styles,” he told Retail Gazette.

Those efforts were evident through the centre’s key objectives, which Churchill said includes appealing to the affluent catchment of the area and family groups, as well as increasing its tourist offer by creating a “leisure zone”.

Jewell said Festival Place has “the relatively ordinary sort of retailers here that you’d normally find in a town centre” but it’s focusing on bringing in more of the aspirational brands.

Meanwhile, he admitted that there has been a lot of focus on doing things which aren’t directly retail-focused in terms of leasing leisure and particularly food & beverage.

However, he added that due to the demand of the retail industry, Festival Place is trying to become a much more interesting destination.

The leisure offer currently features a 10-screen Vue Cinema, a Flip Out trampoline park, and a health club with a swimming pool.

“As you know, retailers are very picky in terms of where they are,” he said.

“The reality is, we have to do something else for customers otherwise they just aren’t going to shop.”

“We don’t really call ourselves a shopping centre anymore, we are a destination”

Festival Place expects a flood of footfall from those travelling from London, and due to this, it has increased its car park spaces by 8.4 per cent to 2650, while some have been redesigned to ease manoeuvrability and flow.

“Our customer base will be working and travelling into London because of the ease of accessibility between here and central London,” Churchill said.

“We know people are travelling to us because 58 per cent of our visitors are driving in.”

He added that environmental focus is also a key objective, while another is the centre’s vacant unit strategy.

However, Churchill said this hasn’t been an issue for Festival Place for the past three years because the centre has seen more than 60 tenants renew their leases, with several choosing to upgrade, upsize or relocate, or improve the overall visual appeal of the centre.

Although Festival Place has been running as a shopping centre for 17 years, Churchill believes it’s more of a “destination”.

He told Retail Gazette it was constructed in a way to allow consumers, especially families, to “spend the whole day” there.

“The visitors we’re having are staying a lot longer which is represented in the basket spend,” he said.

“I suppose in a way we are constantly challenged – positively challenged, – ‘what’s the next thing happening?’ ‘What can we do to continue to attract customers?’

“We are top 20 with regards to our relevance within the UK. As a retail destination, we’re within the top 20 of 1500 schemes.” 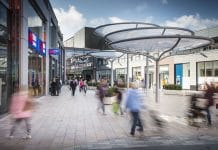 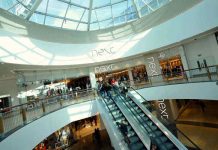 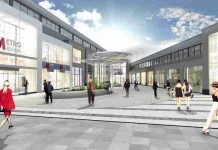 Impact of longer Sunday trading outside of London

Impact of longer Sunday trading outside of London Bluewater adds Crep Collection Club and Vanilla to its line-up