Links of London’s parent company Folli Follie has confirmed is has appointed advisory firms Deloitte and Savigny Partners to look at various sales options for the jewellery retailer.

The news comes after months of speculation that Links of London could be sold to a new owner amid the financial turmoil of Folli Follie, which has been embroiled in an accounting scandal.

Links of London recently cut around 85 jobs, closed 15 stores in the US and moved its headquarters back to London as part of the turnaround plan.

“Τhe company acknowledges certain reports in the media concerning a potential sale of Links of London and can confirm that it has appointed Deloitte and Savigny Partners to investigate the option of a full sale of the business, but that is the extent of their mandate at this point,” Folli Follie said in a statement.

“Links of London remains in the process of a turnaround plan that the company continues to support.”

As with many other retailers, Links of London has been enduring challenging conditions on the UK high streets.

Athens-based Folli Follie was found to have overstated its 2017 revenue by more than €1 billion earlier this year.

This followed the €20.3 million (£18.2 million) fine from Greece’s securities regulator earlier this year for misrepresenting sales in 2016.

Folli Follie’s shares on the Athens Stock Exchange have since been suspended and founder Dimitris Koutsolioutsos has resigned. 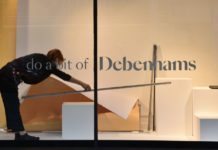