Whether we like it or not, retailers are already in the Christmas spirit even though it’s only October.

Unsurprisingly, many shoppers took to Twitter to air their views on some of the early displays.

While most are just general complaints – we’re only human, after all – some of them are quite funny. Here’s a few:

You Christmas lot are annoying, you know…4th of October and man’s seeing Christmas displays in the store. Not even passed Halloween. Wha gwaan fi dat?!

Selfridges, notorious for opening its Christmas store months early continues its claim that once again it is the first in the world to unveil its section.

This year it did so 149 days before Christmas – two days earlier than last year.

Its shelves are now fully stocked with ornaments and decor ideas.

Other retailers have since followed suit.

Earlier in the year Ebay pledged not to launch any Christmas promotions until November, in a campaign poking fun at retailers who need “holiday chill” with its video campaign.

Despite Ebay’s stance, other retailers have continued on with early Christmas adverts and displays, much to the dismay of many shoppers.

Others seemed confused about the lack of Halloween displays – instead of pumpkins, store displays had fake snow.

Halloween is literally just over a month away and there's more Christmas stuff than Halloween…. #Halloween #christmas pic.twitter.com/kfV5wiu1hw

What do you think of the early Christmas displays? 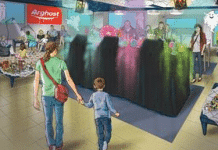 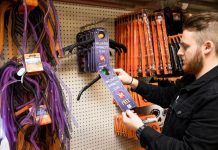 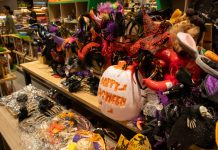 Retailers to produce “horrifying” 2000 tonnes of plastic waste this Halloween 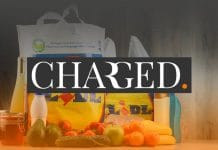 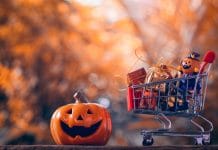