The British Retail Consortium has cautiously welcomed the government’s Environment Bill which aims tackle the biggest and most urgent environmental priorities.

In response to the landmark bill being tabled parliament this week, the BRC’s food and sustainability director Andrew Opie said: “Retailers welcome the government’s commitment to strengthen environmental protections and deliver a circular, zero waste economy.

“Customers expect greater sustainability and retailers are committed to ambitious targets to remove and improve packaging through the UK Plastics Pact.”

The UK Plastics Pact is a collaborative initiative pushing to create a circular economy for plastics by bringing businesses across the entire plastics value chain with UK governments and NGOs to tackle the scourge of plastic waste.

The BRC expressed concern that the government’s current plans are disjointed and add unnecessary barriers.

“Retailers support the principle of extended producer responsibility, where businesses pay the full cost of collection and recycling of packaging,” Opie said.

“It drives innovation in the use of recyclable packaging. We do not believe the Treasury’s plastic tax further supports this objective.”

“It is unnecessary and would not be reinvested in tackling plastic pollution and improving recycling.”

In the 2018 Budget, the government announced that from April 2022 it would introduce a world-first new tax on the production and import of plastic packaging.

“The new Environment Bill presents an opportunity to build upon the successes of the existing kerbside recycling system, but the UK and Devolved Governments must work together to make this happen,” Opie said.

“We need ambitious plans that deliver a step change in waste and recycling, but this requires government to listen to those who serve UK consumers every day.”

“It will require billions of pounds of investment by retailers and we want to ensure that every pound spent has the greatest possible impact.” 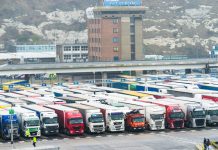 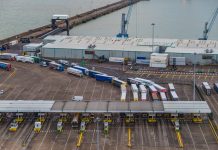 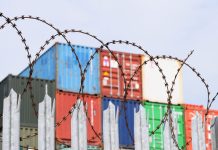