It’s no secret that pop-up retail is a burgeoning trend in retail, helping to combat some of the challenges that high streets and in-town shopping centres are experiencing. But what if a large space is converted so as to accommodate pop-up retailers only?

We’ve seen this with the success of schemes like Boxpark in London. Over at Manchester, one particular retail pop-up destination – Hatch – has grown rapidly, announcing its expansion in June this year.

Phase II is Hatch’s huge expansion, which has seen it grow from 2480sq ft to a massive 11,840sq ft, complete with new retail spaces, creative workspaces, new food and drink offerings, and new attractions including a live music stage, a rooftop terrace and a DJ school.

The retail pop-up space is on Manchester’s Oxford Road, not too far from Piccadilly train station – one of the UK’s busiest stations.

Hatch is also a key part of Bruntwood’s flagship Circle Square scheme, a new neighbourhood which is currently in the process of construction and on track for completion by mid-2021. 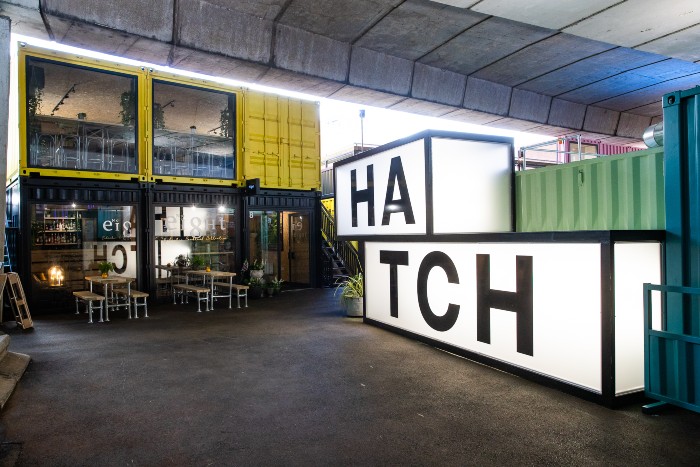 A joint venture between Bruntwood SciTech and Vita Group, Circle Square will be delivered over three phases. The plan includes over 1.2 million sq ft of commercial office space, 1700 new homes and 100,000sq ft of retail and leisure space, including two subterranean units, which will all centre around 250,000sq ft of public realm named Symphony Park.

Hatch first launched in December 2017 through a development of colourful shipping containers similar to those at Boxpark.

“Taking inspiration from festivals, Hatch will add a stage, rooftop DJ terrace, and space for gigs”

As part of the expansion, many of the larger units have taken up double-stacked shipping containers with open air roof terraces.

Since launching, Hatch has become a popular retail scene in Manchester, giving 35 small retailers a space to develop and trade.

“Hatch expanded to become one of the UK’s biggest destinations of its kind,” George told Retail Gazette.

“A total of 10 independent retailers are being given the opportunity to trial their business, and move onto Circle Square permanently.”

She added that the expansion also means Hatch was now home to over 10 food and drink traders.

An advantage to Hatch’s location is its close proximity to Manchester Metropolitan University.

“Hatch [is] now home to more than 30 creative, independent businesses and a load of new spaces and places to study, hang out and have fun,” George said.

“Within that there’s going to be a lot more things going on: a lot more retail spaces and we’re trying to develop a sustainable and really unique offering.

“We want it to be a really multi-faceted destination to go to, so it’s not just about one thing.” 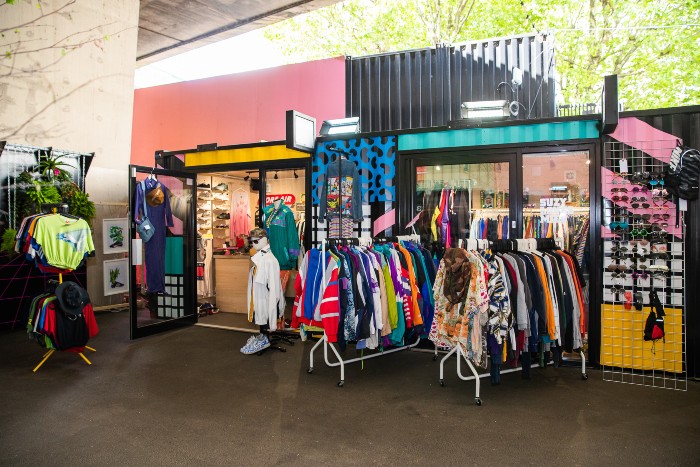