The Fragrance Shop has revealed a surge in online sales during Black Friday thanks to its click and collect offering.

In the seven weeks to January 4, sales were up 1.2 per cent, with online revenues increasing by 17 per cent.

The retailer said its click and collect orders jumped 40 per cent and Black Friday was “increasingly popular”.

READ MORE: The Fragrance Shop to open over 15 Sniff Bars

“Chanel and Dior performing very well and Sauvage maintaining its position as the favourite brand bought by Fragrance Shop customers over the holidays,” The Fragrance Shop said.

Meanwhile, sales for the full year to March 2019 were up 2.6 per cent to £124.7 million, although underlying pre-tax profits were down 5.5 per cent at £15.5 million compared with a year earlier.

The Fragrance Shop said it was a “robust performance in the face of kamikaze discounting at distressed retailers that made the market acutely competitive, rising wage costs and increasing rates bills”.

House of Fraser’s collapse last year took a toll on The Fragrance Shop, which saw its concessions closing after the department store chain was acquired by Mike Ashley’s Sports Direct.

However, The Fragrance Shop chief executive Sanjay Vadera said the retailer has not shut any stores in the past year.

“We’ve opened 15 stores over the last 18 months because it’s clear the winners in retail will be those that can successfully integrate their digital and physical businesses to look after a customer that wants to pick and mix between the two,” Vadera said. 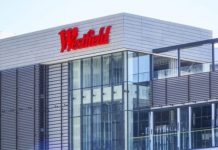 Lululemon and Peloton could see US imports blocked over patent infringement...