// He was previously the MD

Angling Direct chief executive Darren Bailey has stepped down after three years at the helm.

Dailey has been in the business for 17 years, having previously served as the managing director, before being promoted to chief executive in 2017.

Torrance joined Angling Direct in October as a non-executive having previously been the chief operating officer at Dunhelm and Holland & Barrett.

He has also held executive roles at Halfords.

Angling Direct’s executive chairman Martyn Page said Bailey has helped bring the company to growth, adding that he was “excited to have Torrance as the new chief executive given his specialist retail sector and European scaling experience”.

Under Bailey’s tenure, Angling Direct has grown to 34 branches and now boasts an increased online presence.

He will stay on as a non-executive director. 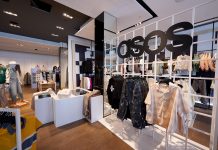