TK Maxx’s parent company TJX Companies has reported an increase in net profits in the fourth quarter, thanks to “increased customer traffic at all four major divisions”.

For the 52-week fiscal year ending February 1, revenues for the group – which also operates homeware retailer Homesense – were up 10 per cent to $12.2 million (£9.32 million) from the same period last year.

“We are extremely pleased with our strong fourth-quarter results, as both sales and earnings per share significantly exceeded our expectations,” TJX chief executive and president Ernie Herrman said.

“We saw strength across the company, with each major division delivering comparable sales growth of four per cent or higher, allover strong increases last year and all primarily driven by customer traffic.

“Our exciting brands and gift-giving assortments at great values, supported by our marketing, attracted customers around the globe during the holiday season and beyond.

“We are also very proud to well surpass $40 billion (£30.5 billion) in annual sales, a tremendous milestone for our company.

“Looking ahead to 2020, the year is off to a solid start and our global organisation remains focused on bringing great values to shoppers every day.

“We see plentiful opportunities for TJX in today’s retail landscape and are confident we will continue to capture market share.

“We look forward to many more successful years ahead and continued growth around the world.” 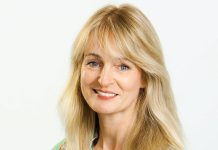 Who are the most powerful women in UK retail?