// Rationing has been lifted on beers, wines and spirits as well as nappies in Aldi stores

Aldi has announced it will further ease product restrictions in store as grocers nationwide show signs of improvements in meeting soaring demand during the coronavirus crisis.

The German discount grocer said that was also reviewing the small number of remaining purchase restrictions on certain products, after removing its previous four-item limit earlier this week.

From today, restrictions have been lifted on beers, wines and spirits as well as nappies.

After introducing immediate payment for suppliers with a turnover of less than £1 million a year with Aldi, the retailer now estimates that up to 3000 suppliers could benefit as this is extended to non-merchandise suppliers.

Meanwhile, from today, Aldi is donating almost half a million Easter Eggs to vulnerable families and children, in partnership with Neighbourly.

Every store will donate up to 50 Easter Eggs each day from today until April 11, as the retailer looks to spread some much needed cheer during these difficult times. 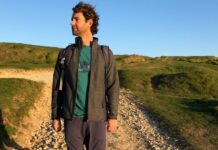