// Next seeking buyers for HQ and 3 warehouses

Next is reportedly seeking buyers for its headquarters and three warehouses in a bid to raise up to £100 million to combat the temporary closures of its stores and website prompted by the coronavirus crisis.

The fashion retailer appointed property agent Savills to search for a buyer for its head office in Leicester, and property agent Acre to oversee the disposal of three warehouses, The Guardian reported.

Next announced the temporary closure of its website, warehouse and distribution operations on March 27, following the government’s announcement to close all non-essential shops earlier that week.

Next had continued to operate online after closing stores but later on it shut online operations to ensure workers’ safety.

Furthermore, the retailer has slashed investment plans by £45 million and suspended its share buyback scheme as it accumulates cash under phase one of its plan in a bid to mitigate the effects of the coronavirus crisis.

The sale and leasebacks are part of phase two of its plan, which also includes raising £100 million against income from its online business.

Last month, Next said it was seeking rent cuts of about 40 per cent on 53 stores with leases due for renewal in the year ahead.

It said in the past year it had secured rent cuts averaging 30 per cent across 44 stores where it renewed leases, and closed nine stores.

At the time, chief executive Simon Wolfson said the business was planning for a sales hit of up to £1 billion in the year ahead.

However, Next said it was preparing for a “significant” trading downturn after the coronavirus pandemic took its toll on the retailer with sales dropping 30 per cent.

Next cautioned on its outlook for trading in the coming months, saying that “people do not buy a new outfit to stay at home”.

Furthermore, credit rating agency Moody’s placed Next on review for downgrade on Wednesday amid concerns over how long stores will remain closed.

It also has changed its outlook to under review from stable. 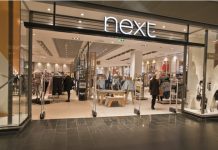