Matalan is reportedly seeking a £29 million cash injection through the sale of its headquarters, as it continues to find ways to navigate the coronavirus pandemic.

The Sunday Times reported the office, located on an industrial estate near Liverpool, is being marketed at £28.5 million.

The deal is reported as being a sale and leaseback.

Since lockdown came into place in late March, Matalan furloughed more than 11,000 of its workers under the government’s jobs retention scheme.

Since government guidance allowed homewares and furniture stores to reopen in May, earlier than tomorrow’s lockdown exit for retail, Matalan “unfurloughed” over 5000 workers in an effort to support its 175 reopenings thus far.

Matalan trades from a total of 232 UK stores.

Matalan’s multimillionaire founder John Hargreaves has been met with criticism amid reports he is trying to avoid pumping more of his own cash into the business.

Hargreaves said he would pump £25 million into the business if Matalan owes more than a combined £50 million through government loans and its revolving credit facility by the end of 2021.

The news comes soon after Matalan kicked off a search for a new chairman when John Mills announced his resignation from the retailer.

Mills is reportedly preparing to step down as Matalan’s chairman for the second time, after the retailer managed to secure the £25 million loan from the government.

Mills previously held the role until 2012, before being replaced by boardroom veteran Allan Leighton. He returned to the role in 2018.

Earlier this year, Matalan requested a three-month rent holiday, alongside other retailers such as New Look and Monsoon Accessorize, just as the pandemic escalated in the UK and non-essential retailers were forced to temporarily shut down. 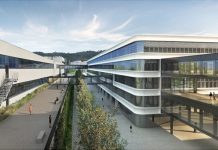