// Landlords have been given a week to make a decision

Monsoon Accessorize has reportedly warned landlords that they have a week to offer up rent waivers or it will permanently close down stores.

The fashion retailer announced last week that it is on the brink of falling into administration, which could place 3500 jobs at risk of redundancy.

Landlords were issued the ultimatum in a letter as the retailer scurries to find ways to survive during lockdown, The Telegraph reported.

READ MORE: 3500 jobs at risk with Monsoon Accessorize on brink of administration

Monsoon Accessorize said it was trying to determine which of its 220 stores can remain open.

Founder and owner Peter Simon intends to buy the business back after putting it in administration.

However, it is likely that the acquisition will come with fewer stores.

The retailer has been working with advisors at FRP with the aim of minimising its creditors’ losses.

Landlords have until Monday next week to say if they will demand payment after administrators are formally appointed.

If they choose to do this then Monsoon will give back its keys, according to the letter sent on Friday.

Landlords will have to seek another tenant at a time when very few companies are looking for space.

Monsoon Accessorize is understood to have been trading profitably before the coronavirus pandemic struck the UK, which forced all of its stores to shut for three months.

While online sales have risen during the lockdown, it has not been enough to offset lost sales in stores.

Simon injected £12 million of his own cash into the business when it went through restructuring less than a year ago.

At the time, Monsoon Accessorize managed to cut rents for 135 shops, while about 40 have since been permanently closed. 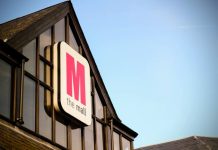 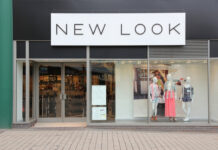