// He will be replaced by Andrew Yaxley, who currently Tesco chief product officer, immediately

Tesco has said that Charles Wilson, the boss of its Booker wholesale business, is to leave the retail giant – following its two top executives out the door.

Wilson has said he will now step down from the group himself, after 15 years leading the Booker business, which Tesco acquired in a £3.7 billion deal in 2018.

He was heavily tipped to take over from Lewis as Tesco’s new chief executive before being diagnosed with throat cancer in July 2018.

The Big 4 grocery giant said the disease remains in remission, but he decided that “now is the time to step back and take it a little easier”.

In 1998, Wilson became an executive director at Booker before taking the top job in 2005 and driving growth at the business to help it become the UK’s largest wholesaler.

He will be succeeded in the role by Andrew Yaxley, who is currently chief product officer at Tesco, immediately.

Lewis said: “Charles’ reputation in the UK food business is unparalleled and for very good reason.

“The transformation of Booker over the last 15 years is one of the most remarkable business case studies in recent history.

“Since the merger with Tesco he has been a superb member of the executive team and a brilliant colleague.

“Whilst we are very sad to see him retire, we completely understand and wish Charles and his family all the very best for the future.”

Wilson said he would not be selling any Tesco shares in the next few years and will remain a “committed supporter” of the business.

“It has been a privilege serving our retail and catering customers and a pleasure working with a great team at Tesco and Booker,” he said.

“Andrew will be a great leader of Booker within the Tesco Group. Andrew and I will ensure a smooth handover to maintain business as usual.

“It has been a huge privilege to be part of Booker and Tesco, and I look forward to seeing the group flourish in the years ahead.” 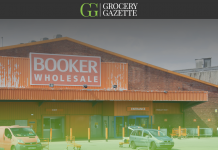