Clarks has reportedly started talks with its landlords over possibly switching to turnover rent models, as part of the footwear retailer’s wider CVA proposal.

According to Sky News, Clarks and its advisers are meeting landlords this week to negotiate a restructuring deal that would see the chain switch to a turnover-based rent model for future rent payments.

The proposed deal be part of Clarks’ proposed CVA, which would only go ahead once it gains the approval of at least 75 per cent of creditors – which includes landlords.

As part of the proposed CVA, Clarks could potentially shutter up to 50 stores, affecting hundreds of jobs, while the remaining sites switch to a turnover-based rent model.

Clarks trades from about 345 stores in the UK, employing thousands of people.

Earlier this month, news emerged that Clarks was mulling a CVA because a proposed £100 million rescue deal from Hong Kong-based private equity firm LionRock Capital was contingent on creditors approving the insolvency measure.

Clarks’ pension trustees are also expected to play a significant role in the vote on the CVA proposal, and were last reported as working with advisers to secure new investment for the retailer.

If a deal is completed, it would see the footwear chain’s founding family shareholder renounce majority control for the first time in its 195-year history.

Chief executive Giorgio Presca said at the time that its new strategy Made to Last would aim to transform it amid the pandemic.

Clarks also said the strategy would result in 900 job losses over the next year or so, and the creation of 200 new roles during that same period. 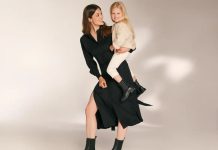